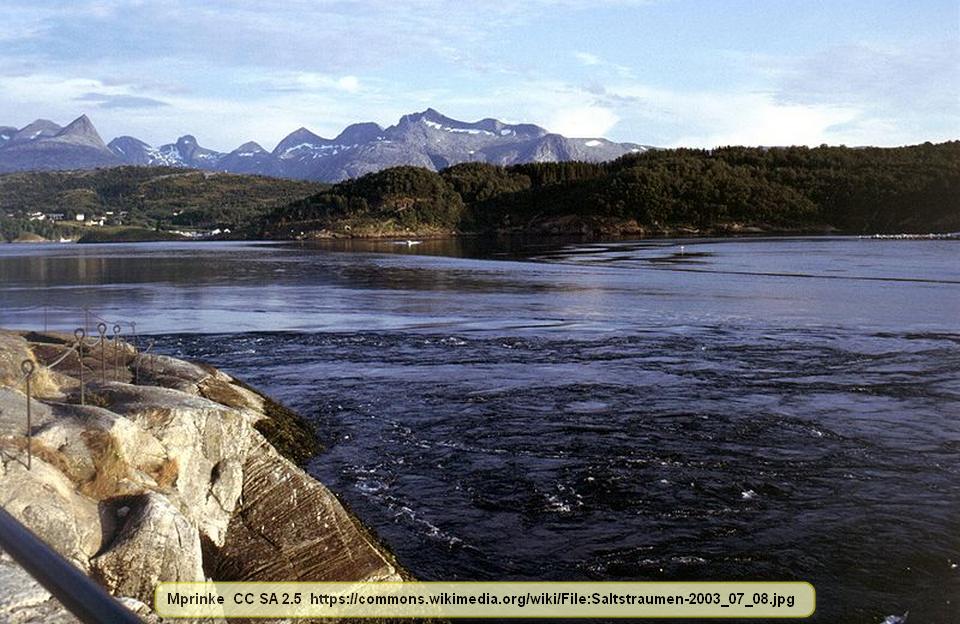 The earth is a wonderfully strange place with features that many people have never heard about. As an example, if you asked dozens of people if they’d ever heard of Saltstraumen, it is probable that very few would say yes. Yet, this is the location of a remarkable event that happens during high tides. In fact, it is so strange that it has given a word to the English language that is associated with the daily event; maelstrom.

Saltstraumen is a little strait at the Skjerstad Fjord in Norway. The strait is about six miles south of the Norwegian town of Bodø and is quite close to the arctic circle.

At this location, Saltstraumen connects the islands of Knaplundsøya and Straumøya. The islands are close together and the strait is only about two miles long and less than 500 feet wide. The small size of the strait, the large size of the fjord, the shallowness of the water, and the shape of the seabed all set the stage for the astonishing event that occurs about every 6 hours.

What a maelstrom is 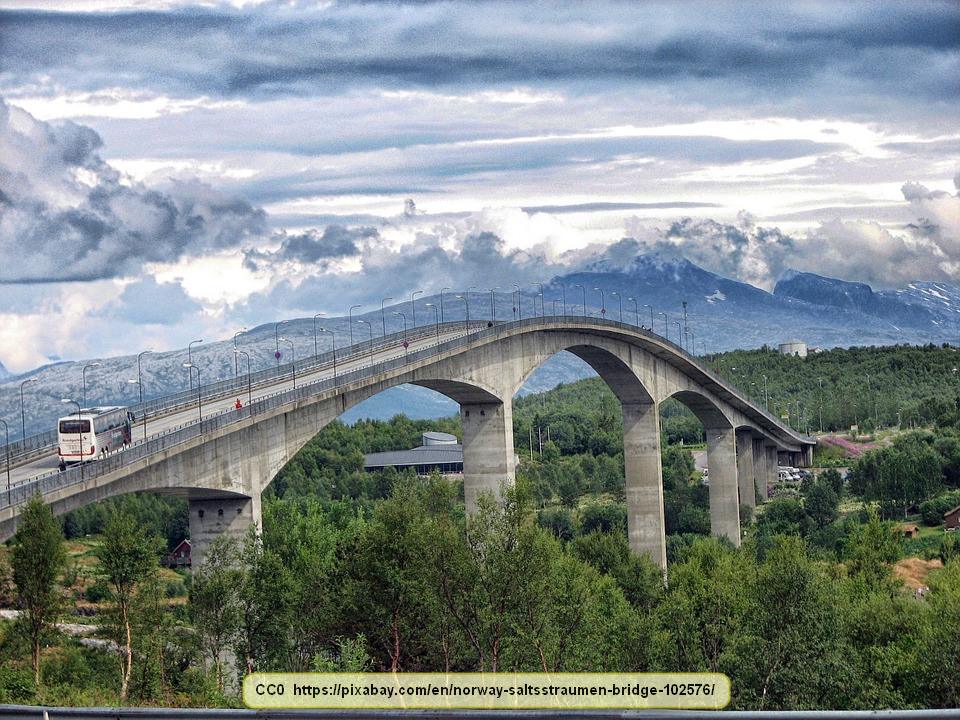 People who’ve read the works of Edgar Allen Poe might recognize the word ‘maelstrom’ from his short story called A Descent into the Maelstrom. A maelstrom is a whirlpool and Poe described it as a whirling vortex that reached the bottom of the sea.

While a maelstrom isn’t a vortex, Poe was fairly accurate in his description, otherwise. It is from his short story that ‘maelstrom’ entered the English language and the word is now used to describe whirlpools in general.

Cause of the Saltstraumen Maelstrom

This isn’t the only place in the world that maelstroms exist, but Saltstraumen has the distinction of being the largest. The maelstrom is created when a high tide forces ocean water through the strait and into the Fjord. The water level inside the Fjord can at times be over three feet lower than the tidal water outside of the Fjord. The water flow isn’t all in one direction, so numerous swirling currents act upon one another, forming the maelstrom. The same thing happens when the water of the Fjord tries to flow through the strait during the low tide.

The whirlpool can be over 30 feet in diameter and up to 15 feet or more in depth. The speed of the swirling maelstrom is usually around six or seven knots ( 7-8 mph), though there can be some variation. This can be hazardous to boats and the only safe time for navigation is the short period of time right after the tide turns.

These currents handle over 500 million cubic yards of water, four times each day. Needless to say, that is a lot of water.

A bridge now spans the strait, but it must have been especially bewildering to seamen in 1841 when Poe originally wrote about it.

As mentioned, this isn’t the only whirlpool that exists. It is just the largest. There are about a half dozen that we know about. Which maelstroms have you heard about?