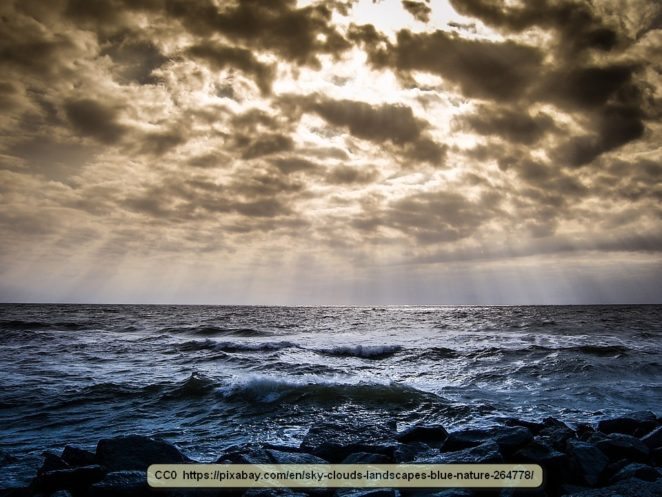 As the global warming theory would have it, we are in the midst of an extreme and catastrophic increase in sea level that is greatly accelerating. Is this true and what is the relation of the sea level and global warming?

One of the foundations of the global warming theory is that the average sea level, worldwide, is increasing due to global warming. The notion is that warming temperatures globally are causing the ice in the world to melt, increasing sea levels.

It is accepted in the scientific community that the global sea levels are currently rising, period. It is also known that they’ve been rising since the end of the last ice age, roughly 11,000 years ago. This isn’t a steady increase and there have indeed been decreases.

As an example, during the little ice age, more water was locked up in ice, so the sea levels actually decreased. This was nothing like the decrease that occurred during the ice age when sea levels were so low that there was a land bridge between Siberia and North America. However, the decrease was substantial.

Still, sea levels are increasing on a global scale. It is way too early to invest in beach-front property in Arizona, though.

At present, the sea levels are rising at a rate of about 20 cm over the past 120 years, according to NASA. That is roughly 7 to 8 inches in a little more than a century. Notice that this is nowhere near the 5 to 20 feet suggested by some people and the increase, though higher in some years and lower in others, is occurring at a steady rate. This is also contrary to statements claiming that the increase is accelerating. Putting it simply, it isn’t.

Additionally, the data used has had to come from areas that met five conditions:

1. Measurement records had to span a period of time of at least 60 years.

2. The measurement records must be at least 80% complete.

3. The measurement records had to be at least reasonably in agreement with sampling gauges located nearby and for the same water mass.

4. The records couldn’t come from locations that were subject to glacial rebound.

5. The records couldn’t come from a location near plate boundaries, where the plates were colliding.

Again, the records show an increase of less than eight inches in the past 100 years. They also show no rapid increase recently and no indication that such an escalation is imminent. This might come as a shock to some people who’ve heard that much of the coastline will disappear as there will be a 5-20 foot increase occurring in the coming decades. It isn’t happening.

People might think that this is still a great increase in sea levels, but it actually isn’t. Using indirect data like core samples, it is established that the greatest increase in sea level occurred between seven and eight thousand years ago when the sea level increased by around 40 feet. Since that time, the increase has tapered off.

Indeed, using just the data over the past thousand years, the ocean level increase is nearly a flat line, meaning that it is has been neither increasing nor decreasing much over that time frame.

An increase of eight inches over the past century can also be easily explained by causes other than melting ice. For instance, considering the amount of water in the oceans, the increase could easily be explained as a consequence of thermal expansion. That is, even a natural increase of a tenth of a degree in ocean water would cause the sea level to rise.

Further, the level of the oceans measured from tide gauges compares very well with those taken by satellite, though satellites haven’t been in use for this purpose for very long. For this reason, it can’t even be claimed that there is a difference because of varying ways to measure the sea level.

This data strongly supports on the ground and satellite data that have shown that the Antarctic ice cap isn’t melting. In the last decade, some glaciers in the world have receded while others have grown; also what science would expect.

The net conclusion from the data is that the sea level is increasing, but at a relatively steady rate that hasn’t changed a great deal over the past couple of centuries or longer. Considering that the globe is still warming up from the little ice age, that should come as no surprise. The bottom line is that using the data of one of the major proponents of global warming, it is a simple matter to see that ocean levels are neither rising catastrophically nor at an accelerated rate.