The older a building is the more likely it is that it could be haunted. Hauntings don’t just take place in small towns and cities they also happen in very large cities such as New York City. I have long been fascinated by this apartment building since it is in my hometown. Located at Central Park West and 72nd Street is the infamous Dakota. This is a huge apartment building and the scene of the horrible murder of John Lennon. Since then Lennon’s spirit has joined the other spirits that haunt The Dakota. While he was still living in the building Lennon witnessed a UFO from his apartment window and saw the apparition of a woman walking the long hallways. He named it the Crying Lady Ghost. Many other residents have also had strange encounters with the world beyond.

The Dakota is the kind of building that would have fascinated the Ghostbusters and has baffled and amazed the mind of actual experts of the paranormal. The building was built by Edward Clark, the head of the Singer Sewing Machine Company between 1880 and 1884. At the time that it was built The Dakota was in a remote part of the city and there were no other buildings around it. The architecture is a mix of German Gothic, French Renaissance, and English Victorian. It has high gables, terracotta features, gargoyles, and exotic decor. The building has 65 co-op apartments with no two being identical. Edward Clark was interested in Western territories and that was the reason he named the building The Dakota.

The Ghosts of The Dakota

Stories about the haunting of the building date back to the 1960s. During that time construction workers said they saw an apparition of a young man with the face of a young boy. Later on, a little girl in turn-of-the-century clothing appeared to painters working on the building. The little girl appears quite frequently and smiles at people and approaches to greet them. This little girl has long blonde hair and likes to bounce a ball. One lady who saw her though she walked into an adjacent room which turned out to be a closet.

The American actress, comedian, and singer lived in The Dakota. When she died in 1965 the Smiths bought her apartment. They hired three men to repaint the apartment and varnish the woodwork. One day the workers felt as if they were being watched. One of them saw the ghost of a boy who looked to be about ten years old. He was dressed in a Buster Brown suit, the style of the early 1900s. The apparition was accompanied by a musty odor. While one of the workers was doing some painting in a large closet the door slammed shut and the light went out. He groped his way down the ladder, propped the door open and turned the light back on. At that moment something grabbed his arm and put it against the light bulb.

Apartment on the Third Floor

A couple named Frederick and Suzanne Weinstein kept hearing footsteps and other noises in their apartment. In their dining room, rugs and chairs moved on their own. Then one day coming home Weinstein saw a large glowing chandelier through his living room window even though no chandelier had been there. He figured his wife had one installed as a surprise but when he got into the apartment there was no chandelier in his living room.

Down in the basement, a porter saw a heavy snow shovel fly off the wall and nearly hit him. He summoned tenant Wilbur Ross to the cellar and showed him garbage which was strewn all about and said that the bags had moved on their own. Ross was skeptical until suddenly a metal bar flew across the room and landed by his feet. When he tried to pick it up it was much too heavy. Other tenants have also had strange experiences down in the basement. An electrician working there saw the apparition of a short, long-nosed man with a beard, no mustache, wire-framed glasses, and a wig, wearing a frock coat and high hat. Others have also seen him and his description fits that of the builder Edward Clark. You would think that after building such an incredible building as The Dakota you would want to stay around even after death. 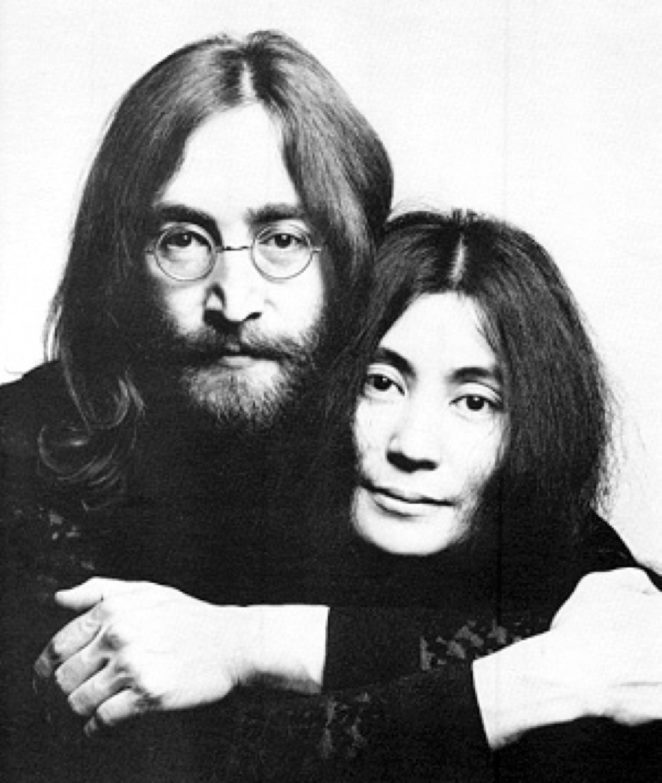 Joey Harrow, a musician living in the building said he saw Lennon’s ghost in The Dakota entrance doorway in 1983. It was the spot where he had been shot. The musician said that he was surrounded by an eerie kind of light. At the time of the sighting writer, Amanda Moores was with him and she confirmed it. She said she wanted to go up to him and say something but the way he looked at her said, “No”. Other witnesses have also seen Lennon and even his wife Yoko Ono has said that she has seen him sitting at his white piano. At that time he turned to her and said, “Don’t be afraid. I am still with you”. According to some Spiritualists, Lennon’s spirit lingered on Earth for a little while and then a group of spirit guides helped him to adjust to the world beyond. There are mediums who have received messages from him and he periodically visits The Dakota. The late-19th-century building is known as Manhattan’s most mysterious and exclusive residences.

Ghost sightings in the building have been going on for years.

The building has no fire escapes. Architect Henry J. Hardenbergh slathered mud from Central Park between the layers and the brick flooring to fireproof and soundproof it.

Original doors and fireplace mantels cannot be thrown away by residents. If residents don’t want these items there is a special storage area to put them.

Edward Clark commissioned The Dakota as a one million dollar apartment building for 60 families, including his own but died in 1882, two years before the building was completed.

Since 1884 the rich and famous have been eager to live in The Dakota. One of the first residents was The Steinway family, of Steinway piano fame. Actress Lauren Bacall had a nine-room apartment for 53 years and it was recently sold for $23.5 million. Other famous residents have been author Harlan Coben, U2’s Bono, Rex Reed, Jack Palance, Lillian Gish, Boris Karloff, Rosemary Clooney, Connie Chung, and Maury Povich.

New York City is my hometown and if I ever had the chance to live there again I would love to have an apartment at The Dakota. Of course, I would have to strike it rich or my ship would have to come in at the New York Harbor. Perhaps the co-op board would understand that my heart belongs to this city and would be kind enough to let me live there. I would love to end my days living among the celebrities, ghostly residents and other interesting people at this building and perhaps get a chance to hear Lennon play and sing at his white piano as I gaze at the beauty of Central Park in any season.