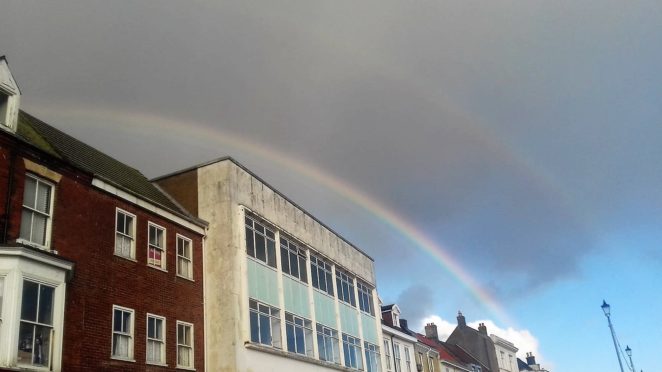 I have to get up quite early for work. This photo was taken at just after 8 AM, when I had finished work. The weather was dry and fine as I left home earlier in the morning, and didn’t expect rain. But just as I left work, the heavens opened and a downpour of rain fell from the skies for about 10 minutes. As you can see, there are grey clouds in the forefront with the blue skies in the distance.

Just as it had finished raining, this beautiful rainbow appeared. I quickly took out my mobile phone to grab a picture of it. The picture doesn’t really do it justice as the rainbow was so bright and clear to see. It just proves that God is good!  It’s not very often we get to see such a lovely rainbow, so thought I would share it with you.