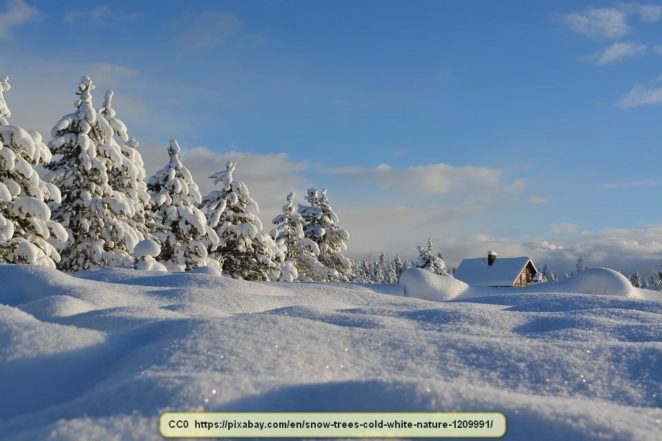 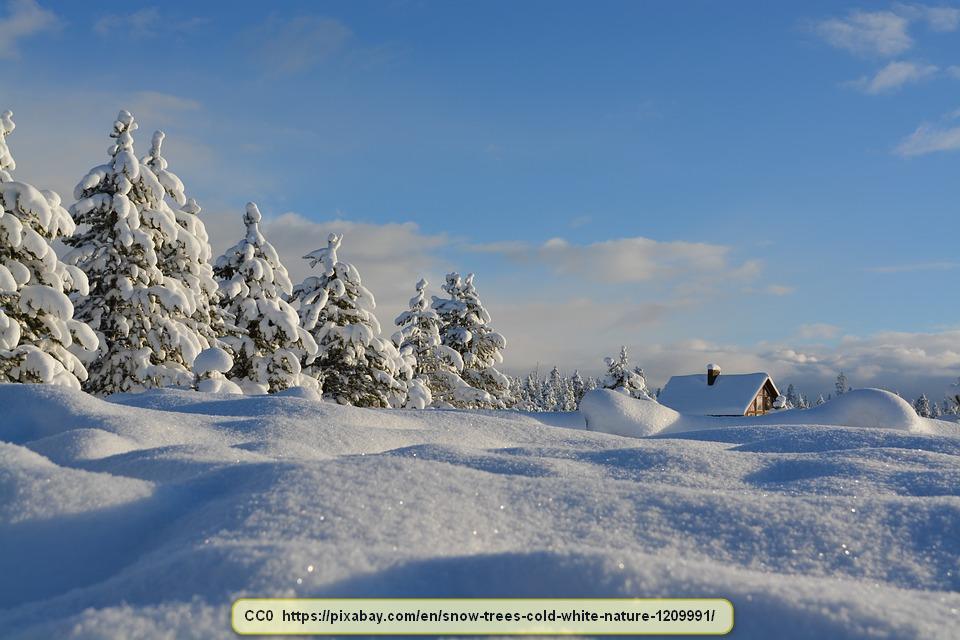 A lot of people rely heavily on the official weather forecasts to tell them what the weather is going to be like in their areas in the coming days. There is nothing wrong with that and it is actually wise, but people need to understand that the weather is constantly changing and that temperature is only a single facet of weather. Weather predictions for a few hours from now are likely to be fairly accurate, but the further into the future they attempt to predict, the less accurate they are likely to be.

A great deal can also be learned by gaining a basic understanding of weather and weather maps. With just this, you can make a surprisingly accurate guess about what the weather is probably going to be like.

For example, by looking at just one part of weather data today, I can guess that most of the country east of the Rocky Mountains can expect cold winter weather within the next two to three days. I’ve seen no weather forecasts for the US recently and the accuracy of my prediction is yet to be seen, but the chances are excellent that I’ll be right about this guess. How do I come up with the prediction? I look at the behavior of the jet stream.

The jet stream is a current of very fast-moving air that moves from west to east. There are two jet streams that affect the US, but the polar jet stream is the one that has the most bearing on our weather, especially in the winter months. For this reason, it is often referred to as “the” jet stream, even though there are really two jet streams in the northern hemisphere.

By simply knowing how far north or south the jet stream is (the amplitude), how strong it is, and how fast the current is moving, it is possible to get a very good idea of what the weather is going to be like in the next few days. One of the undulations in the jet stream usually takes two to four days to move across the country, though it occasionally stalls and takes longer.

The undulations of the jet stream, from farthest north to farthest south between crests and valleys usually aren’t great and this is called the amplitude. It is helpful to think of the motion as if it was a wave, which it really is. In early to mid-November, the top of a wave usually isn’t too far north and the trough usually doesn’t dip too far south. Put in other terms, the crest for this time of year is normally around or just north of the US-Canada border and the valleys are usually about to the center of the US. This accounts for times when the northern US is cold while the southern US has weather that is warm or at least mild.

Severe increases and decreases in temperatures, along with variations in snowfall, most often coincide with a jet stream that is undulating enormously. Such fluctuations are common in late December or early January. But guess what? The jet stream map projection as of today, November 10, 2018, shows a strong jet stream that has an enormous amplitude or difference between the peaks and valleys. Here is that jet stream as depicted by the Weather Channel (weather.com): 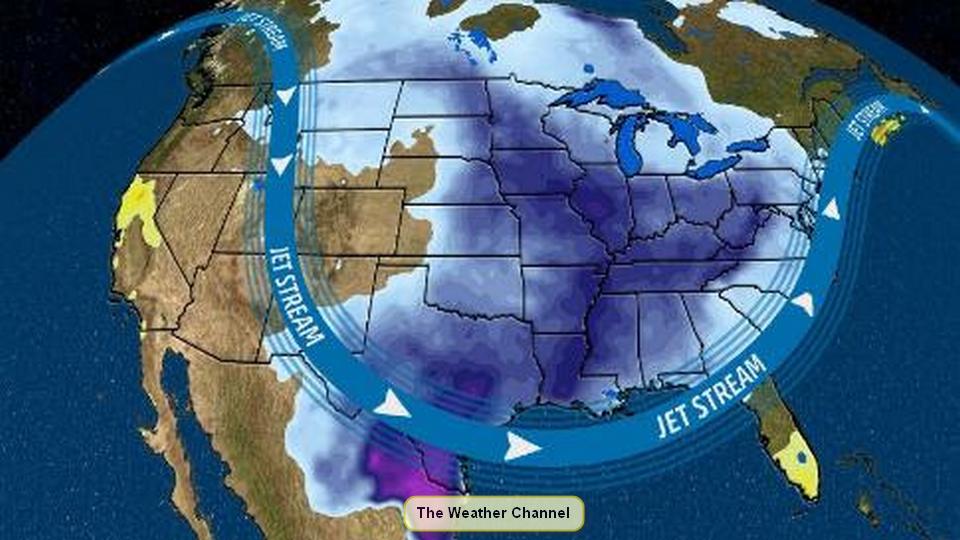 The blue ribbon moving from left to right is the jet stream. Notice that the top of the peak on the left is just inland from the Gulf of Alaska. The bottom of the trough is in the Gulf of Mexico, just off the coast of Texas. The top of the peak on the right is around Nova Scotia. This means that the wavelength or distance from the top of one peak to the next is huge, almost as wide as the US.

The area shown in pale blue is cold air and the purple is bitter arctic air and this can be predicted because of the location of the jet stream. The peak on the left will eventually make its way east and remember that south of the jet stream, the air is mild and warm. As the undulation moves across the country, there will be a reprieve from the cold temperatures. However, in the coming few days, cold air is going to dominate most of the US, from north of the Great Lakes to the gulf coast and northern Mexico and from the Rocky Mountains to the Eastern Seaboard.  As it moves east, even Florida is likely to notice a drop in temperatures since the bottom of the jet stream should pass south of central Florida.

The dip in the jet stream has already resulted in a lot of snow in the Rockies. People living in the middle of the countrry, southern US, and east coast can expect plunging temperatures and the distinct possibility of snow. Again, this isn’t at all unusual weather, it is merely unusually early for it to occur; almost two months early, in fact.

Incidentally, this definitely doesn’t fit the global warming computer models, but little of the weather experienced in the last few years fits that model. Additionally, note that the behavior of the jet stream affects Europe in the same way, though the wave pattern is usually different than with the US.

By simply knowing where the jet stream is, how strong it is, and how fast the undulations are moving, it is possible to get a good idea of what the weather is going to be like in the next few days, over general areas. This doesn’t give information regarding specific locations, but it really doesn’t need to.

When meteorologists make their predictions of the weather, one of the things they pay close attention to is the behavior of the jet stream. You don’t need to be a meteorologist to have a grasp on how the jet stream is going to affect your weather, though.