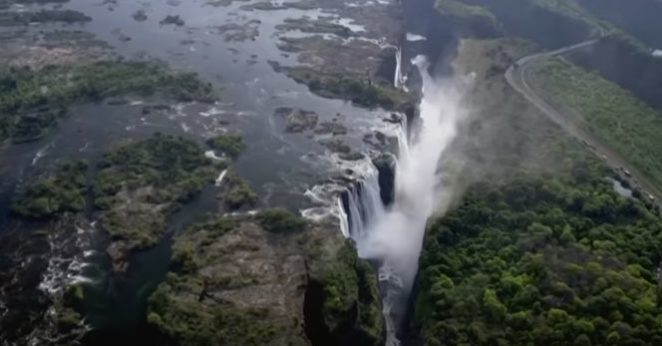 For a long time Victoria Falls, in which southern Africa’s Zambezi river cascades down a hundred meters right into a crevice within the earth, has drawn many hundreds of holidaymakers to Zimbabwe and Zambia for centuries,  to witness these beautiful, natural wonders.

But the worst drought in a century has slowed the waterfalls to a mere trickle of what they always have been, fuelling fears that weather change could easily kill off one of the region’s largest tourist destination. While they normally slow down in the summer dry season, wildlife officers stated the past 12 dry months had added to an unprecedented decline in water volumes. 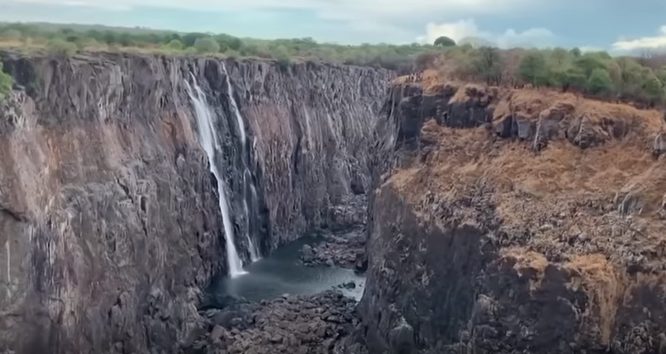 At the same time, Zimbabwe, after many years of political instability, is now on verge of what can be called, an ‘Artificial starvation’, warns the UN envoy when he said, “In preceding years, during the same time there is less water available but it’s never been quite as dry as this,” Dominic Nyambe, a dealer in curios in his late 30s, stated that he is from Livingstone, on the Zambian border. “This, he says is the first time he has ever seen the falls as dry as this.

It affects their income because, prospective visitors, to the Victoria falls, can clearly see on the Internet that the falls have run dry. Even now, they are already seeing a sharp decline in tourist numbers. Even at the best of times, they don’t have many travelers.

As global leaders meet in Madrid for the COP25 climate alternate convention to discuss disaster strategies to  try and reduce the present catastrophic warming instigated by human-driven greenhouse fossil-fuel emissions, Southern Africa is already suffering from some of its worst outcomes – with taps drying up and about forty-five million human beings are now on the verge of dying or are in dire need of food aid amid huge crop failures.

It is not simply an African problem anymore, the effects of multi-national drilling and mining consortiums who are extracting these fossil fuels are now visibly killing Africa, drop by drop of oil and grain by grain…