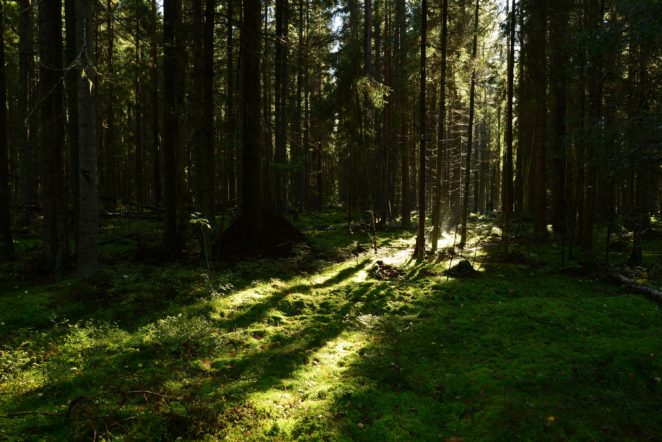 Forest hides a lot of unpredictable finds. I’m badly oriented in the forest and therefore I try to go along the compass in one direction in one direction and backward in the opposite direction, so as not to get lost and not to call home take me from the forest I’m standing near a big fir.By the method of the trek is also interesting because I go to an unknown place every time. This time, walking through a thick spruce forest, I saw a glimpse of light and went out to a small fork in which I discovered this historic landmark. Wooden road signpost with a distance sign and it would not be so interesting if it did not appear sixty-six versts. I was very surprised at what I saw because turning to the right I got into an impenetrable swamp. This photo was taken in 2015 and only in this, I met a finder in the forest who told me on the ancient eighteenth-century map that in this place there really was a road that led to an ancient fortress of the 16th and 18th centuries, which, because of its inexpediency closed in the 18th century. As he told me the swamp is a swampy part of the former deep-water river, and in this place, there was a bridge. So he is looking for ancient coins in this place. It was very interesting and I saved this photo.