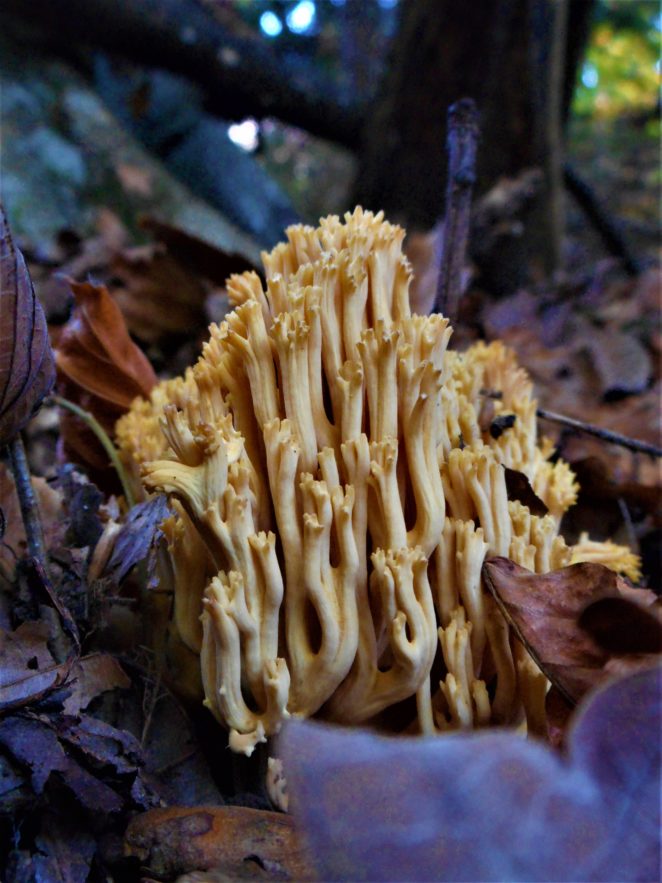 This is a very beautiful mushroom, resembling corals. Ramaria flava, it is commonly mistaken for it’s relative, ramaria paradia which is highly poisonous, even deadly.

Flava’s edible part is it’s root and steem, but the tips have to be cut off because they can cause severe stomach problems. For foragers, this fungi is interesting and beautiful because it looks like the forest turned into a seabed.

Usually they grow in a group, resembling corals. Thus, we might encounter a coral reef in the woods. 🙂