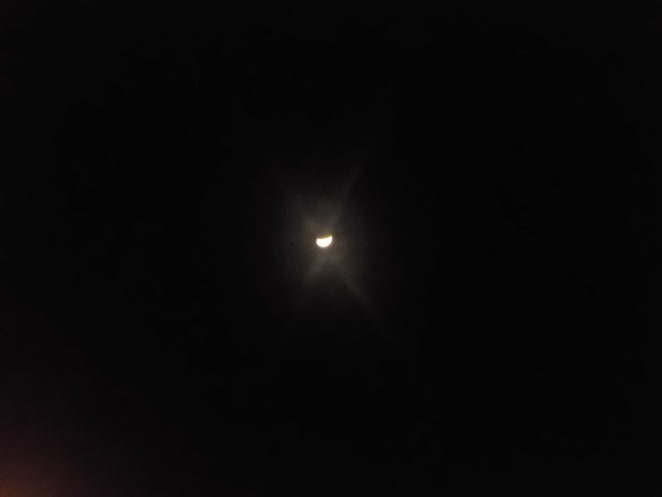 Every once in a while we turn our eyes to the skies and we remind ourselves that beyond the limitations of the world we live in there  is a whole universe full of strange and mysterious celestial bodies and phenomena waiting to be revealed, but until we reach those extremely remote parts of the universe we still have to explore and fully understand the secrets of Earth’s closest neighbour, the Moon.

For this reason, a partial lunar eclipse, even though not as spectacular as a total one, is a perfect opportunity for us to see Earth’s natural satellite in a different light, so I couldn’t miss the chance to observe this show of light and darkness with the naked eye. The climax of the lunar eclipse, when the Moon would be covered about 65% by Earth’s shadow, was going to take place after midnight, so I had to arm myself with patience, have an evening cup of coffee and watch a youtube live stream of the event seen from other parts of the world until it was finally time to get out of my flat and satisfy my curiosity by looking at the night sky and the Moon at the maximum of the eclipse. 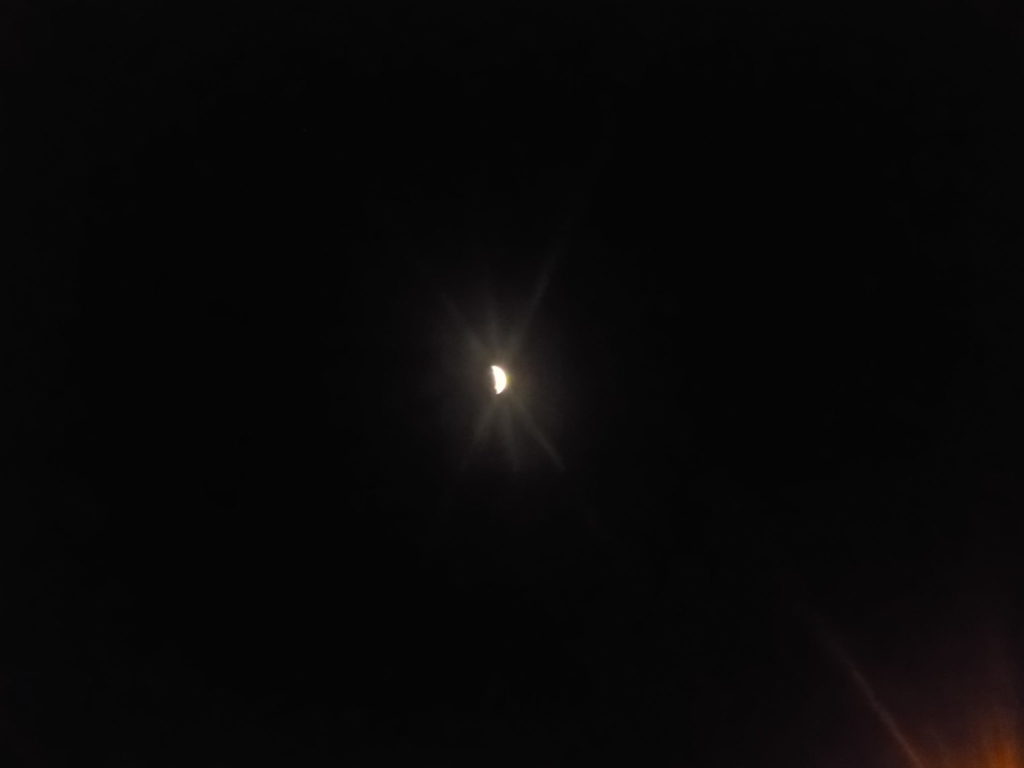 Fortunately, the sky was clear and all the conditions were set for good observation of this quite rare astronomical show. As the Moon passed into the shadow of theEarth it became smaller and smaller until that maximum of 65% was reached. At that moment I wish I could have been somewhere at an astronomical observatory and admire the phenomenon in its full splendour. Unfortunately, it wasn’t the case, so I couldn’t notice a change in colour of the eclipsed part of the Moon, but still I was impressed by those moments in which a large portion of the Moon entered Earth’s umbra,but soon managed to free itself from the threat of the obscurity as the Earth’s shadow  began to retire and once again the moon surface started reflecting the sunlight in its full strength. 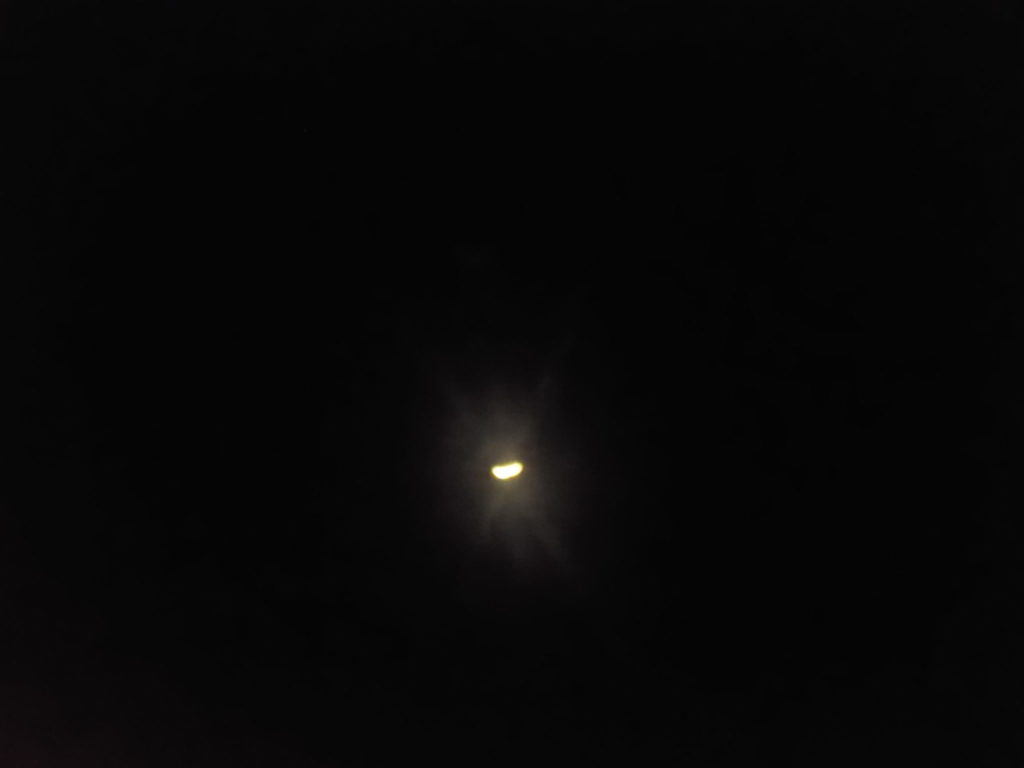 The partial lunar eclipse I observed last night reminded me about the mysterious side of this celestial body. Fifty years ago, when Apollo 11 started the journey that allowed man for the first time to set foot on the lunar surface, it seemed that people would  soon conquer and maybe colonize  Earth’s satellite, and yet that didn’t happen, therefore the Moon still has a dark side waiting to be explored and continues to fascinate us as it is still associated with the strange, the mysterious and the unknown. 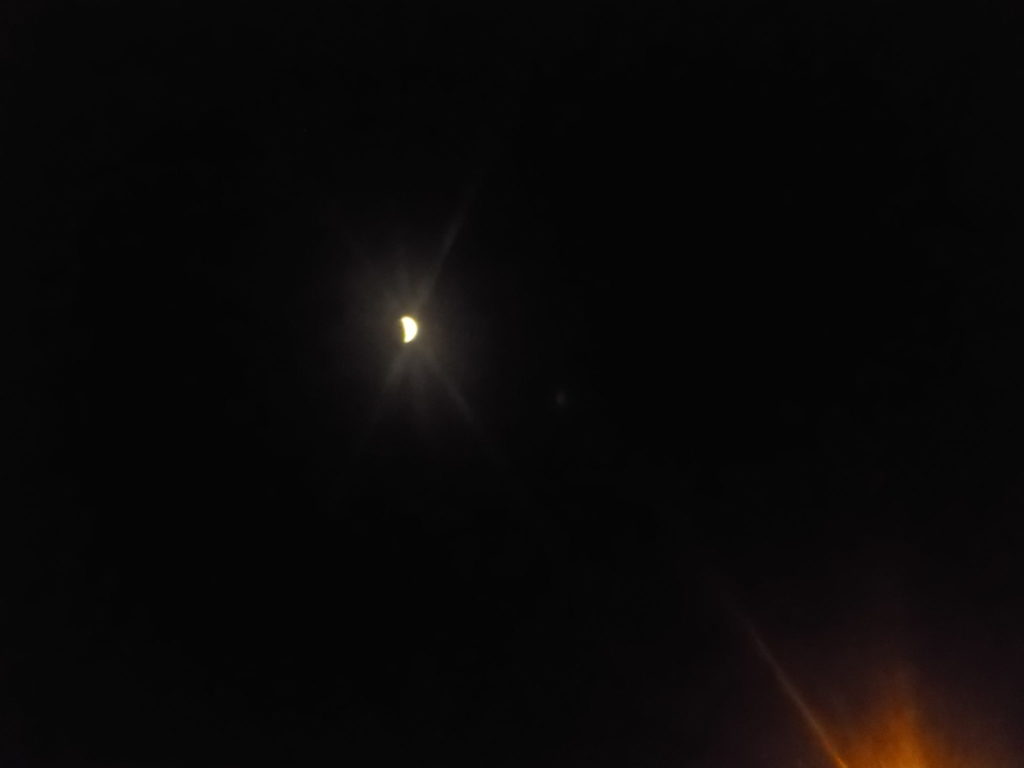 I guess mankind will return to it one day as the diminishing of Earth’s resources will force people to venture further and further into the Solar System, so the day will come when the Moon will have more secrets for us, but until then it will keep on attracting, scaring and entertaining us with shows such as the partial eclipse some of us have just witnessed!