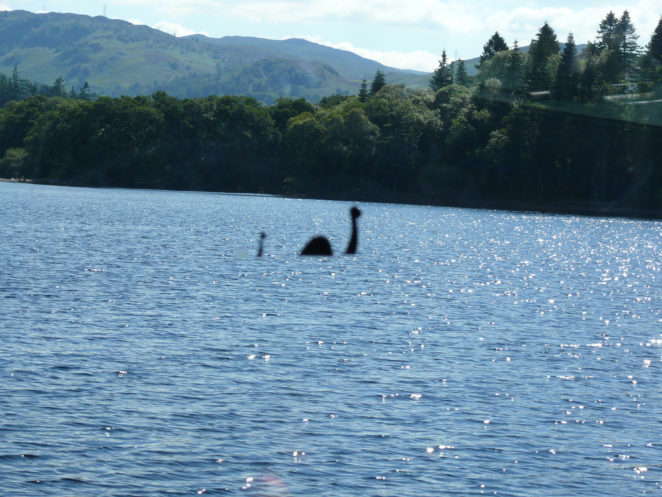 For a short time in 1972 many people genuinely believed that the Loch Ness Monster had been found. Unfortunately, it was dead. Even more unfortunately, the people in question had been taken in by a hoax.

It was found in the Loch by a group of zoologists who were “Nessie hunting”. The carcase, which was 15 feet long and weighed half a ton, was brought ashore and packed in ice. The scientists planned to take it back to their base in England and announce to an astonished world that there really were prehistoric monsters in Loch Ness and that they had one to show everybody.

However, word got around and the locals were distraught to learn that “their” monster was about to be whisked across the border and lost to Scotland. The van that contained “Nessie” was eventually stopped on the Forth Road Bridge and the monster was impounded by the Police. The truth then emerged as to what the zoologists were actually so keen to take south.

Some weeks before this incident a ship had set sail from the Falkland Islands in the South Atlantic with a cargo of live elephant seals destined for a zoo in England. However, as they neared the British coast they became aware that one of the elephant seals had died. It was then thrown overboard.

Shortly afterwards, the dead seal was caught in the nets of a fishing boat, and the fishermen thought that it would make an excellent Loch Ness Monster, so they took it to the Loch and threw it in.

The massive monster, which generated so much excitement and nearly led to an Anglo/Scottish international incident, was therefore nothing more than an unfortunate elephant seal that had met its end aboard a ship in the Atlantic, nowhere near Loch Ness.