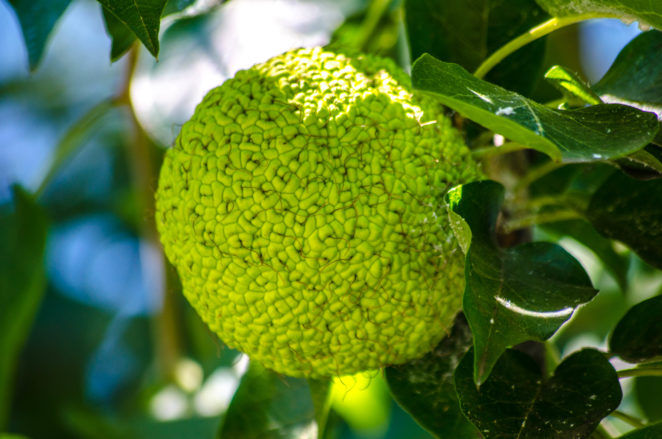 Maclura is a low to medium tall tree (up to 15 m), sometimes shrubby.

The most attractive and recognizable part of the plant is its large green fruits, which resemble large citrus fruits.

This species is naturally distributed in the southern United States (mainly in Texas and Arkansas).

The species is widely used in the United States and for fencing large landed properties.

In Bulgaria it was transferred in the early 20th century as an ornamental plant.