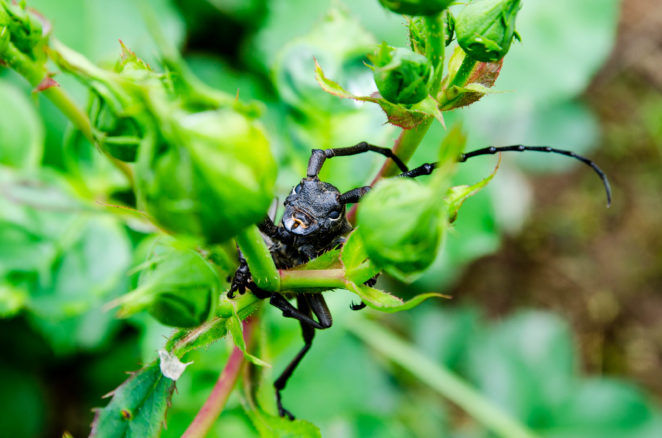 With these big antennas it looks like an alien 🙂

The rare titan beetle (Titanus giganteus) inhabiting the territory of Brazil, is the largest beetle in the world (body length without antennas up to 17 cm).

Specifically, this was slightly larger than 6 cm.