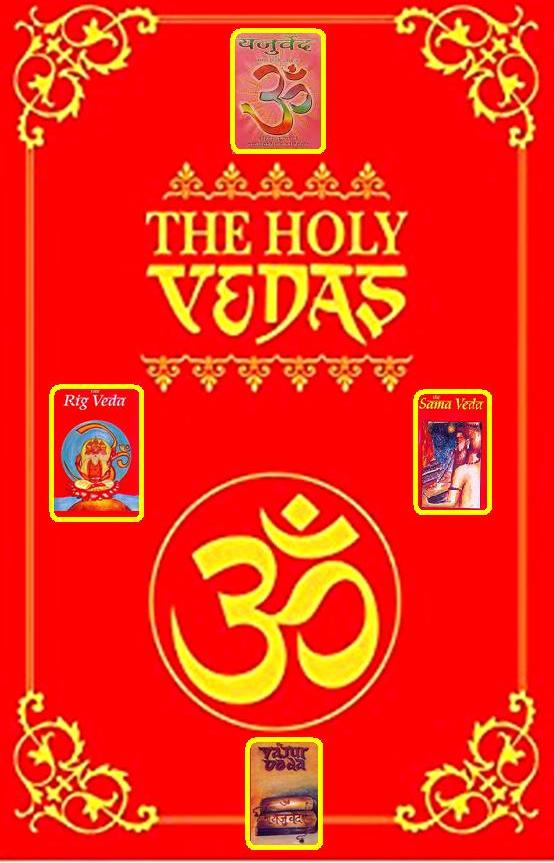 The Vedas are religious epics of Ancient India which are  compilations  during the Aryan period those written, edited and published in between 2500 to 1500 B.C.

Rigveda absolutely does focus on various environmental issues  on several occasions and situations. A line  from the Rig-Veda says that “the sky is like our father, the earth like our mother and the space as their son“. The entire  universe consists of these above mentioned  three is like a family and any kind of damage and destruction done to any one of the three puts the universe out of balance or out of order” (David, 1980). Vedic culture and Vedic scriptures unveil the truth of  clear concept about the Mother Earth’s ecosystems and the need for maintaining  all of their balance.

Another line  from Rigveda states “Thousands and Hundreds of years (means uncountable years after years) if you desire to enjoy the fruits and happiness of life then take up systematic planting of trees” (Dwivedi and Tiwari). These verses of Rigveda spread a message to abstain from impose any injury to this Mother Earth and kick off a constant plantations  for survival or else there must be an  ecological imbalance of the earth. Rigveda has dwelt upon various varied components of the ecosystem and their global importance .

“Rivers cause an inescapable  destruction if their coasts are damaged and deteriorated  and therefore  trees standing tall on the coasts should not be uprooted”. And therefore this Modern civilization in 21st Century is continuously encountering  the outrage of flood because of  erosion of river embankments in each and every corner of the entire world today.

The Atharva Veda also states the immense  importance of Air, Water and Green Plants which are barely essential for human existence and their livelihood . Obviously  there was no such concept of the word “Pollution” in those days but it was referred and linked with  in terms of “poisoning” of the heavenly environment. In other way you can imagine that when the entire world was in dark, India had predicted this through these truthful epics.

Therefore I love to say this nation in the name of Incredible India.

The A.V. 18.17 (Atharva Veda) makes us remember that three things those cover the Universe are the Air, Water and the Plants. They are immensely  essential for all living beings live on  Mother Earth to exist.

(A.V. 8.7.10); “Purity of earth’s atmosphere tracks poisoning ,i.e.-pollution  (A.V. 8.2.25). Some herbs even have the medicinal quality to  purify the air. The fragrance of guru plant( Scientifically known as Commiphoramukul) purifies the air and cures  many diseases (A.V. 19.38.1).

Atharvaveda has also alarmed the world not to dirty and add any toxic substances into water bodies because  it may lead to spread of diseases among human beings in the society “he who does dirt  or spoil water bodies like  ponds, lakes, rivers, etc., or causes any intolerable smell near any residential areas is liable to castigate (Joshi and Namita in2009). This is a serious concern in the context of polluting  rivers and lakes including other water bodies  and the resulting ecological imbalance along with spreading  diseases which the modern civilization is experiencing now a day. Even a Great importance and relevance  is being attached to the peepal tree (Ficusreligiosa-i.e. mostly found in Indian Sub Continent) with respect to heal the environment. The National Botanical Survey of India (NBRI) , has identified and marked  about 150 trees and herbs including peepal which are real and natural pollution fighters. They are able to not only intercept several deadly and dangerous  toxic gases and dust particles and also pervade the atmosphere with plenty of oxygen (Rabindra).

The Yajurveda too alludes to about plants and animals, the ill effects of Deforestation; and the poisoning of the atmosphere with human made lethal chemicals and gases; but it also describes  about energy relations of the global ecosystem. “No person should kill animals which are helpful to all” (Y.V. 13.37). “O King! you should never kill animals like bullocks useful in agriculture or like cows which gives us milk and all other helpful animals and must punish those who kill or do harm to such animals who help in our livlihood”.(Y.V. 13.49). “The oceans are treasure of wealth, protect them” (Y.V. 38.22); “Do not poison (pollute) water and do not harm or cut the trees” (Y.V. 6.33); “Do not disturb the sky and do not poison the atmosphere” (Y.V. 5.43).

About the continuous process of  flow of energy in the global ecosystem the Yajurveda says “the whole universe is full of required energy in which the sun is at the centre and the ultimate source of energy for all living organisms on the earth. The net energy flows from the point of production to the point of consumption through the plants, animals, human beings, the air, water and land, and is completely under the control of Almighty. While energy flow and balance is maintained in the universe yet some imbalance causes several natural disturbances like untimely rain, heavy rain, drought and flood, warm winter and cool summer”.

“The earth provides surface for vegetation which controls the heat buildup. The herbs and plants having union with sun rays provide congenial atmosphere for the life to survive” (A.V. 5.28.5). Now “global warming” is an entrenched circumstances. The amount of  carbon dioxide created in the atmosphere (due to burning of fossil fuels) and the global deforestation are major factors behind the worry of  Global Warming (Sinha, 1991). The green plants and trees (forest) through the natural scientific  process of photosynthesis (utilizing the sun’s energy) works as a ‘natural sink’ by positively absorbing all the carbon dioxide and helps in lowering down the warming effect. Green plants and trees around us give out plenty of oxygen during photosynthesis and also directly engross the solar heat radiation of the atmosphere to give out water vapor in the process of transpiration. The joint effects of the two natural processes make the environment cool and compatible  for survival of all lives with peace and prosperity.