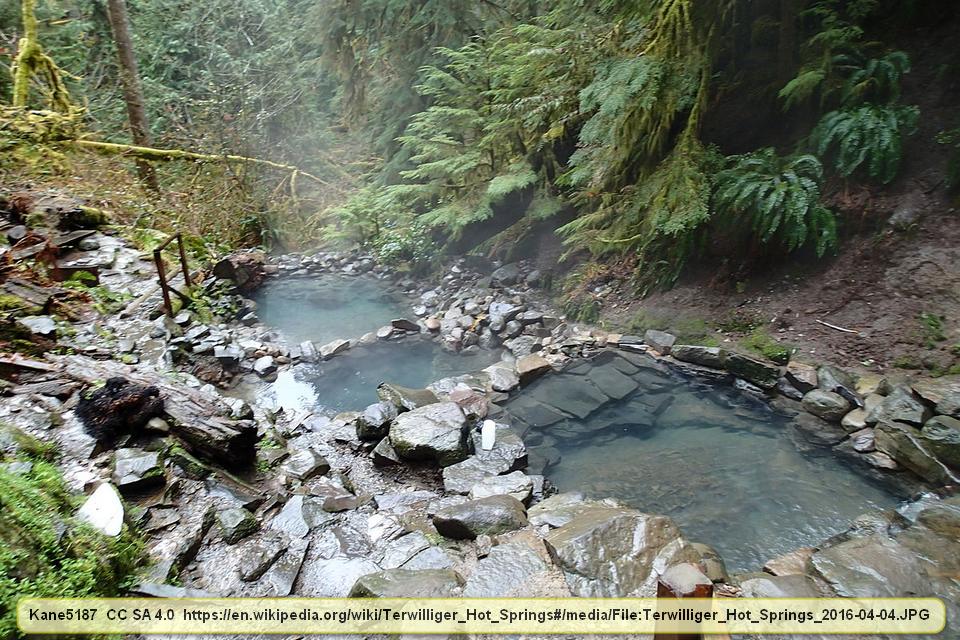 Geothermal energy is heat energy that is released by the rocks and magma below the surface. The areas are normally known for their hot springs and these are most often found in places where there is volcanic activity going on underground, relatively close to the surface. Groundwater seeps down and gets heated by the volcanic rocks and magma. When the water then flows above-ground, the water is ‘hot’, though that is a subjective term.

Sometimes the water becomes so hot that a large amount of steam is produced. If water covers the steam, such as if it is trapped below a bottleneck of rock, it periodically erupts in a geyser. 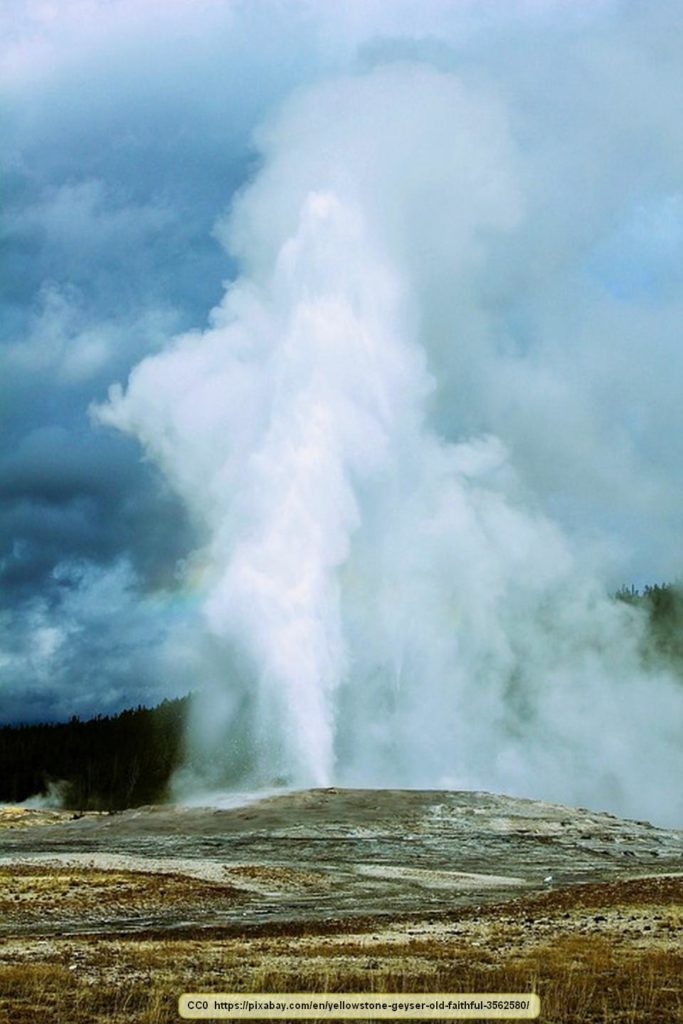 For example, there is a small town in southeast Oregon called Lakeview that has a geyser. There are also over a dozen registered hot springs scattered throughout the state, not counting hot springs that occur under lakes and rivers. The water of some of these springs really is hot, too. McCredie Hot Springs, located near the small town of Oakridge, Oregon, bubbles out of the ground at about 106 F. The volcanic origin of the McCredie Springs isn’t in doubt, either, as there is a strong sulfur smell to the water. 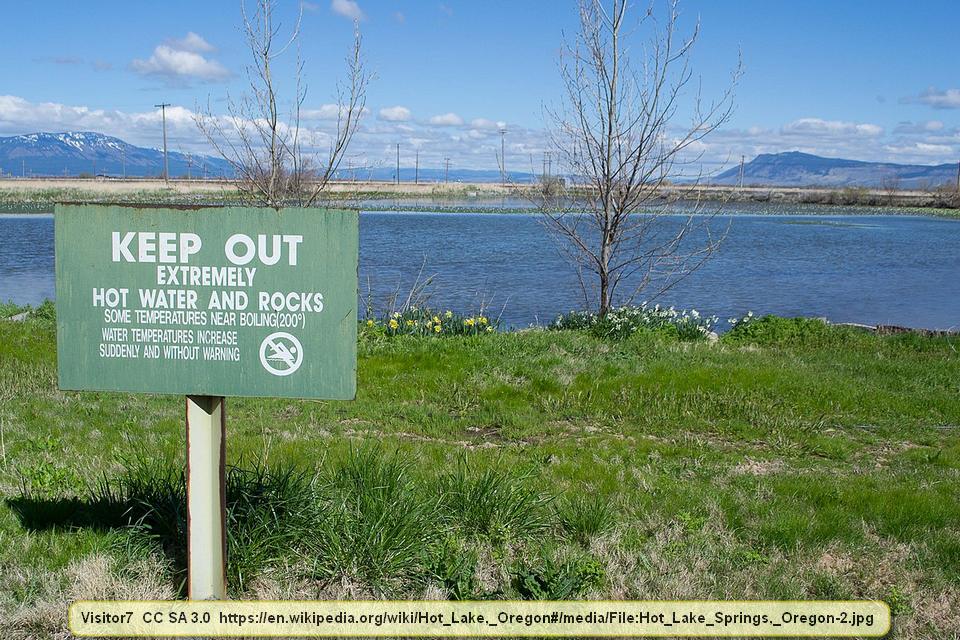 In Hot Lake, Oregon, the surface water temperature has occasionally reached 200 F or more. This is just under the boiling point of water.

Sometimes the hot springs are used commercially. In Montana, only about 15 miles from where I live, there is an establishment known as “Quinn’s Hot Springs”. People can rent the use of a one of a series of hot tubs that are fed by hot springs to soak in. It is quite therapeutic. Quinn’s also has a restaurant, gift shop, and motel units.

There is a small town in Montana named Hot Springs. It is aptly named because there are several hot springs there. The town and the springs are located on Flathead Indian Tribal land, however, the hot spring water has been used in the past to heat the water in a public swimming pool, as well as to heat a number of government and other buildings in town. The water is simply pumped through metal radiators, and the heat from the metal warms the air in the buildings.

Quinn’s and the town of Hot Springs aren’t located near each other, either. A distance of over 30 miles separates them and both are roughly 150 miles north of the north boundary of Yellowstone National Park. 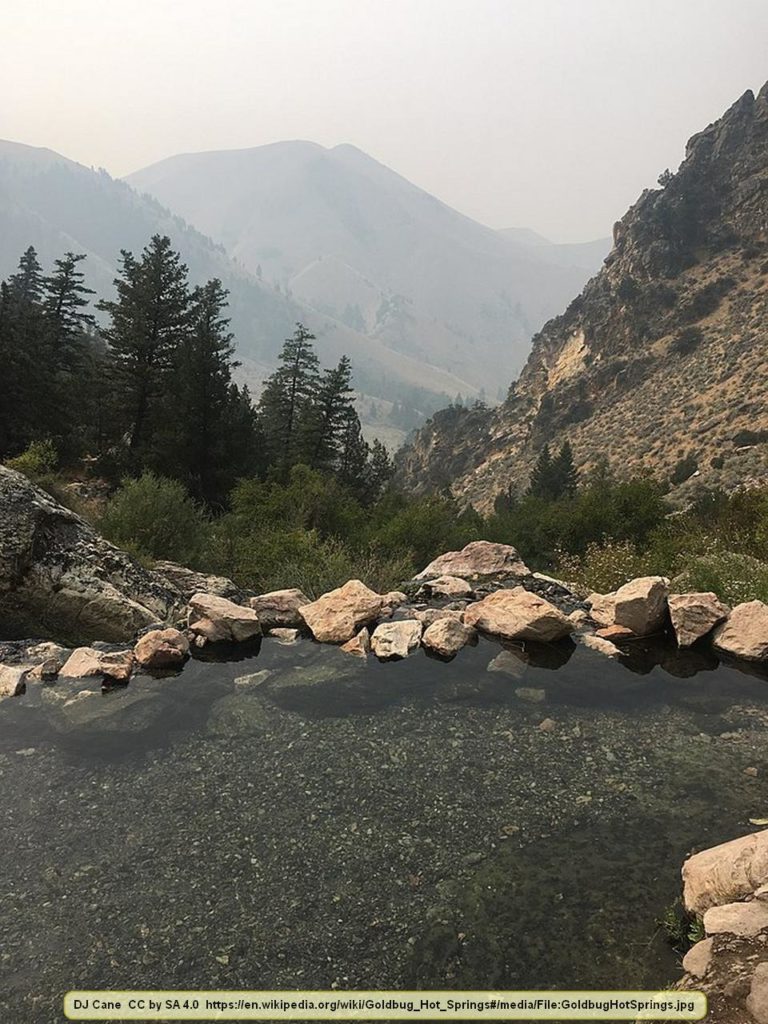 The city of Klamath Falls, Oregon also has a number of buildings that are heated by geothermal radiant heat. However, Klamath Falls is located 70 miles south of Oakridge. Both are in the Cascade Mountain Range, though.

Lassen National Park in Northern California also has a number of hot springs. In fact, there is about two and a half dozen registered hot springs in California.

Among other states with registered hot springs:

These are only the hot springs that are registered and they include over 1660 hot springs.

Most of the known hot springs aren’t currently used to generate electrical power, though a number of them could be used for this purpose. The water is hot enough that the water and the steam can be used to turn electrical generators.