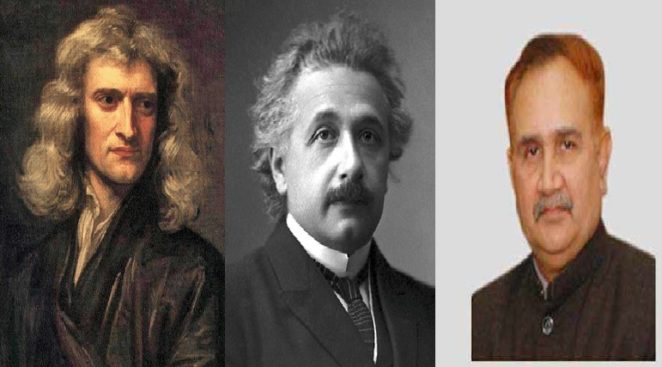 India’s scientists criticized those in a scientific conference, which has been claimed that the first time the ancient Hindus had studied the stem cells. During the annual Indian Science Congress, Irene Stein and Isaac Newton’s ideas were also rejected and presented Hindu based Idea based on their religious God Called DawMala. This conference has been done before as well but experts have said, this time Indian have cross the limit and it’s enough.

This was the 106th session of the Indian Science Congress which continued from 3 to 7 January and was inaugurated by Prime Minister Narendra Modi. An Indian University head of South India, referring to the ancient Hindu writings, said that ancient Hindus had studied the stem cell thousands of years ago.

Vice Chancellor of Andhra Pradesh University Nageshwar Rao said, A King mentioned in the Hindu holy book Ramine with 24 airplanes and they used to land them on Sri Lanka’s airports.

Dr. J. Krishnan, a science fromTamil Nadu,University said, Both Isaac Newton and Ain Stein were wrong and the gravity waves discovery should be named ‘Narendra Modi Waves’ . Critics have said that ancient religious texts should be read, but it is misleading to get scientific ideas from them.

The Indian Scientific Congress Association expressed concern over the ideas presented in this conference.

General Secretary of Indian Scientific Congress Association Primander Mathhar Said, ‘We do not agree with their views and keep ourselves separate from it. It’s unfortunate. Such things are a matter of concern by the responsible people. Many people believe that since the Narendra Modi government has come to power in India, ‘fake science is trying to enter into  the mainstream’.

Scientific claims of politicians and scientists of India :

Modi himself told the Mumbai hospital in 2014 , It is clear that the elephant’s head of Hindus of God, connected with a human body, is clear that ancient India used cosmetic surgery thousands of years ago. Many of his ministers are similar to such ideas and many are believed in this philosophy. Hindus are the heirs of a wonderful past and thousands of years ago in science and technology were on rise.

In 2017, India’s Junior Education Minister Satyapal Singh said , The first time the mention was done in Ramine. He said that the first flight was invented by an Indian man, Shakkar Babooj Rappere and it was done 8 year before the inventor right brothers. Understanding that cow’s scientific significance is essential because it is the only animal in the world that takes oxygen while taking breath, but also removes the oxygen while leaving breath.

New arrow in the war of technology in 2018 was run by the North East Tripura Chief Minister, Bapal Kumar Dev, and said, The Internet is invented by ancient India and was used thousands of years ago for direct broadcasting.