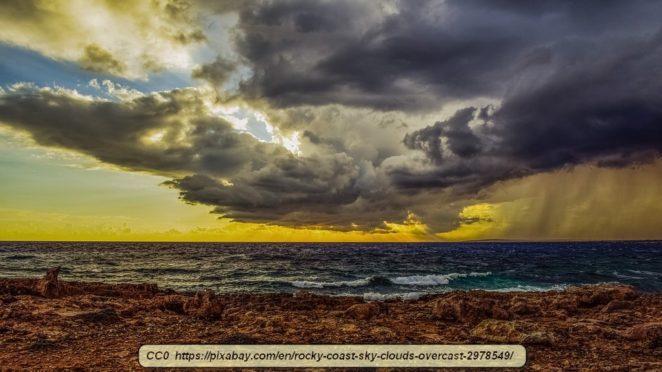 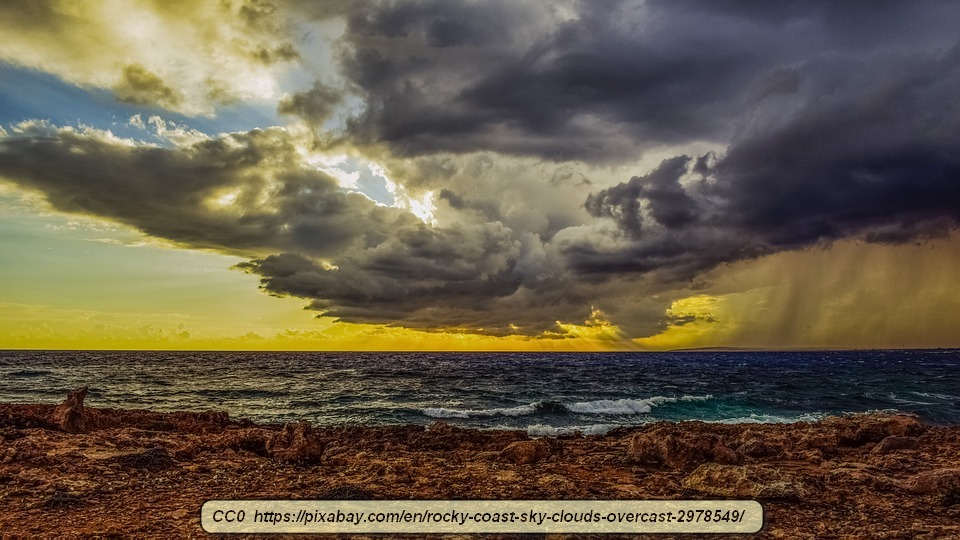 Earth’s weather, and in fact the weather of all the studied planets, amounts to a planetary wide thermal exchange. It is this exchange that results in the wind, ocean waves and ocean currents, and to understand how the spin of the earth impacts these currents, which in turn drives the weather patterns, we need to look a little deeper into the heat transfer that is occurring at all times.

Most of us were taught long ago that hot air rises and cold air sinks. The reason for this is that as gases or fluids become warmer, the atoms and molecules in them become more energetic. This means that they take up a greater volume, and in the process, they become less dense. The less dense the air is, the less hold gravity has on the atoms and molecules, so they rise. The opposite reasoning occurs with air that cools, sinking low as it does.

Because of the tilt of Earth, the area around the equator receives more sunlight, and the sun’s rays strike the ground more directly than they do at the poles. This causes the Polar Regions to be colder than the equatorial regions. Air over the equator rises. In turn, this creates a low-pressure area, and air must flow into the area just vacated by the hotter air. Colder air is perfect for this since it is denser and already closer to the ground.

Clouds, and ultimately storms, are formed as water evaporates while the air is heating up, and the circulation just described distributes the cloud cover all over the globe. If the earth were stationary, the only breaks in the cycle would occur when cold air was forced over and around obstacles. In fact, this does happen and is what produces the hot dry winds such as the Santa Anna winds of Southern California in the US and the Sirocco wind of the Mediterranean and Sahara. 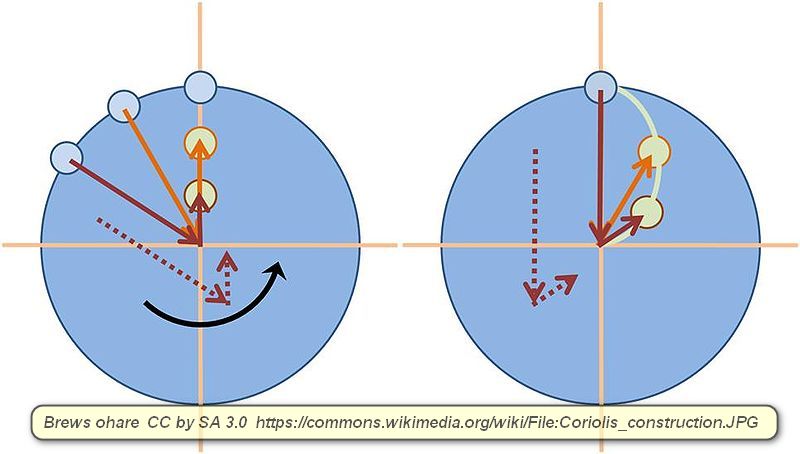 Still, an earth that was not spinning would allow for a roughly oval airflow from the equator to the poles and back again, discounting mountains and other obstacles. The earth is not stationary, though. It revolves one time in just a little over 24 hours. The speed of revolution is greater than the speed of the heat transfer, so instead of air moving north-south-north, it moves northeast toward the pole in the northern hemisphere and southeast toward the pole in the southern hemisphere. This is called the Coriolis Effect.

This flow would still distribute storms more evenly than we normally see, but the picture isn’t quite complete. Water is a more efficient conductor of heat than is air, so the thermal circulation in the ocean also plays a part in what has been explained so far. Warmer water evaporates more easily than colder water and the oceans have thermal currents like those in the atmosphere. A big difference, though, is that they move much slower. A complete circuit in the ocean can take as long as 10,000 years, counting deep-sea currents. 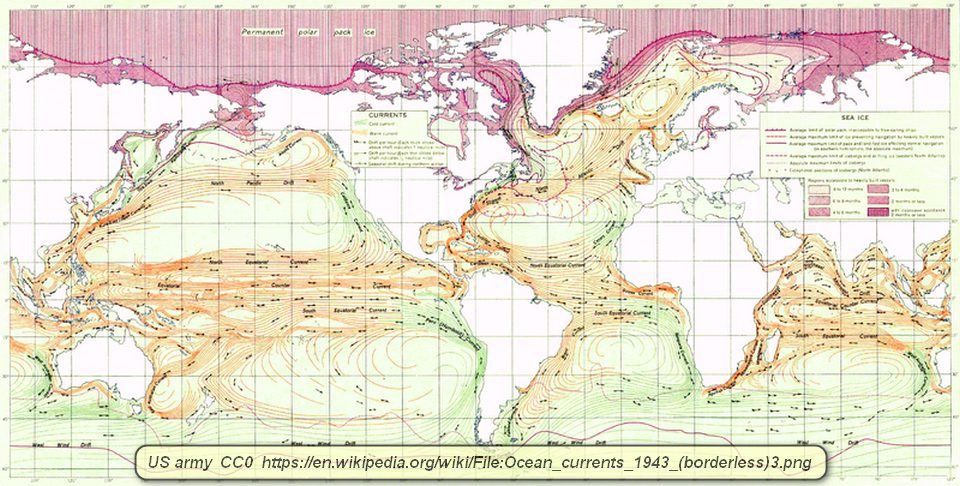 Because of this, there is an uneven heating of the ocean surface and the air that contacts it. Further, because of land masses and the Coriolis effect, which affects the ocean as well, the cold and warm currents circulate in loops that are not north and south. The loops are the reason that we have seasonal storms, which are pushed inland by the Coriolis effect to give needed precipitation often far from the ocean.

Without the spin of the earth, weather patterns would be largely located in north-south bands. Many areas that rely on snow in the winter and warm sunny weather in the summer, or a dry season and a wet season, would not get the weather they should be getting. Such a happening would be devastating, but that isn’t the point here.

The point is that the spin of the earth is a major player in climate and weather. They help to make our weather patterns even and usually beneficial in one way or another. It staggers the mind to think of what would happen without the rotation of the earth.