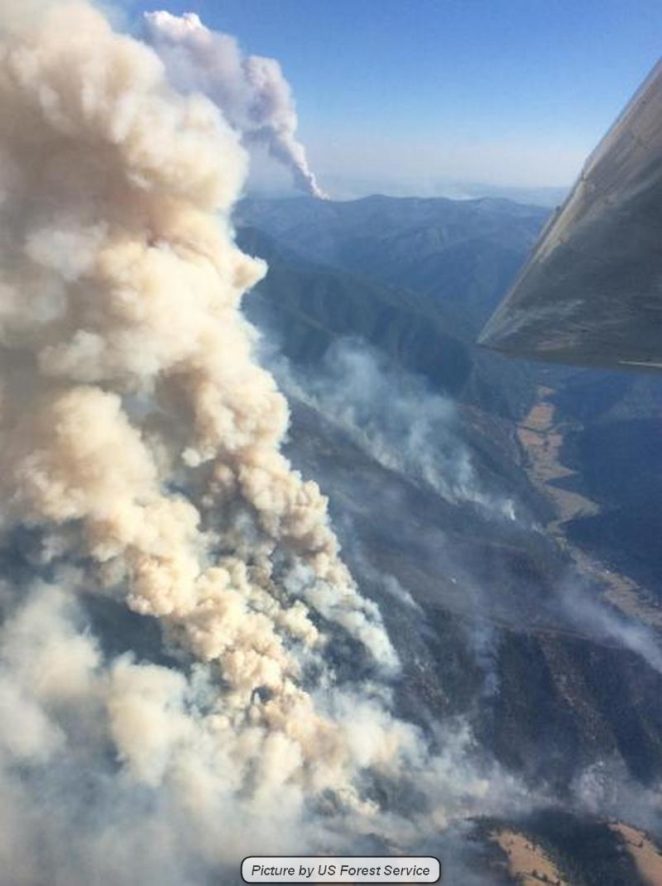 The forests of North America are vast and often dense. When conditions are right, wildfires can easily start and rage, laying waste to huge tracts of the forest. This isn’t an entirely bad thing and forest fires do have worthwhile benefits, but it is worthwhile to look at the whole issue.

The benefits of forest fire

One of the products of forest growth is a huge amount of forest litter. This is branches, leaves, pine or fir needles, fallen trees, and the like. This decays in time, however, the sheer quantity of material that falls every year in a typical forest can build up to a depth that decades can pass before the deadfall can decompose. Forest fires hasten the process considerably, turning the combustible deadfall to ash.

There is also the inevitability of infestations of pest animals. This could be something like grasshoppers, pine beetles, or tent caterpillars. It can also be creatures like mice, voles, lemmings, squirrels, rabbits, and hares. Sometimes the population of pest creatures explodes, far exceeding the ability of the natural predators to handle the problem. A forest fire will often take care of the situation in short order.

Additionally, forest fires help control the transmission of tree diseases. This is partly because trees that are weakened by a disease are more likely to be consumed when a forest fire occurs, removing the vector of the disease.

A forest fire increases the health of the soil. Part of this is gradual because microorganisms are destroyed in the fire and must build back up. However, nutrients are released into the soil that later plants can use. It is one form of “nature’s” fertilizer. For that matter, a forest fire also often stabilizes soil pH, particularly in pine and fir forests. Pine and fir needles are acidic and as these blanket the ground, slowly composting, the pH of the soil drops. Wood ash, on the other hand, is alkaline and raises the soil pH.

The downside of forest fire

The temperatures generated by a forest fire are intense, enough to cause even green, healthy, growing plants to burn up. This means that in a typical forest fire, even healthy trees are destroyed. The fire also destroys anything in its path that is burnable; homes, other buildings, power transmission lines, power generating plants, and virtually anything else that is flammable. The heat can be intense enough to melt paved roadways.

Forest fires can move incredibly fast, even on level ground when the air is still. If the ground has a slope, the fire can move even faster. If there is a breeze, the fire normally moves faster still. There is usually a breeze, too, even on a windless day. This is because the heat of burning trees and grasses produces a huge updraft and air must flow in under it to fill the vacuum. Winds simply add to this so that on a moderately breezy day, wind speeds at the site of a forest fire can exceed gale force.

A slowly moving forest fire can easily spread faster than a person can run. This means that people and animals are commonly also consumed by the fire. They die.

The danger can also be deceptive. A fire can spread at tree-top level, a hundred feet off the ground, then burn down to the ground from there. Many animals and people are trapped because they are encircled by a fire moving in this way. They may not know of the danger until it is too late.

Trees, grass, forbs, and bushes all contain a large amount of carbon. A fire requires oxygen to burn and the combination of the carbon and oxygen is carbon dioxide gas. The amount of carbon dioxide that is produced is far greater than most people are aware of. A moderately large forest fire covering 100,000 acres produces more CO2 than mankind produces in a year!

To get the full impact of that last part, consider that in an average year, several million acres of trees are consumed by forest fires in the US alone.

This also doesn’t touch on the millions of board-feet of timber that is destroyed before it can be converted into timber for building and other construction, paper products, and so forth. Using high-yield techniques, it takes approximately 45 years for a Douglas Fir tree to reach maturity and about 65 years for a Ponderosa Pine (red pine) tree to reach maturity, so the effects of a forest fire are felt for many decades, even if the forest is replanted.

Forest fires and the past

There can be questions about whether there is more of a problem today than there was 200 years ago, but the questions are multifaceted. There are actually more trees in the area of the US today than there were 200 years ago, despite areas that have been deforested. Two centuries ago, though, there were still major forest fires. Like floods, hurricanes, tornadoes or similar disasters, forest fires are naturally occurring disasters.

There are two things that are substantially different today as compared to back then, however. The first is that 200 years ago, most people lived in small, very localized areas. Today, there are a huge number of homes that have been built within the confines of the forests.

The second major difference has to do with the activity of the indigenous population back then. It was a common practice among Native American tribes to purposely start fires each spring before the temperatures and conditions became hot and dry. The fires, which would today be called ‘controlled burns’, removed the abundance of grass, brush, and deadfall from the previous year. Without the additional fuel, later in the year when forest fires did occur, they usually burned themselves out before large tracts of land were laid waste.

After 1900, and particularly after 1950, this sort of activity was curtailed or prevented. There were few controlled burns and when a fire did occur, great efforts were undertaken to control, contain, and extinguish the blaze. The problem with this is that it meant that fuels were allowed to build up on the forest floor, without the yearly means of removing them. This allowed forest fires to be more intense, causing far more damage. It also allowed fires to begin very unexpectedly because a spark could burn down through the leaf litter and burn parallel to the soil below, then flare up days, weeks, or months later.

By the time the Forest Service and US Government recognized their mistake, there was too much debris on the forest floor to do much about it rapidly. This was seen when a forest fire began in Yellowstone National Park a few decades ago and it was decided that it would be allowed to burn itself out. It finally did, but not before destroying about half of the trees in the park.

Forest fires do have positives, yet they also have severe negatives. This is true of any natural disaster. Pray that you’ll never have to deal with a nearby forest fire and that you’ll never be caught in one. Having fought fire in the past, I can say that it isn’t something I’d care to repeat, given the choice.