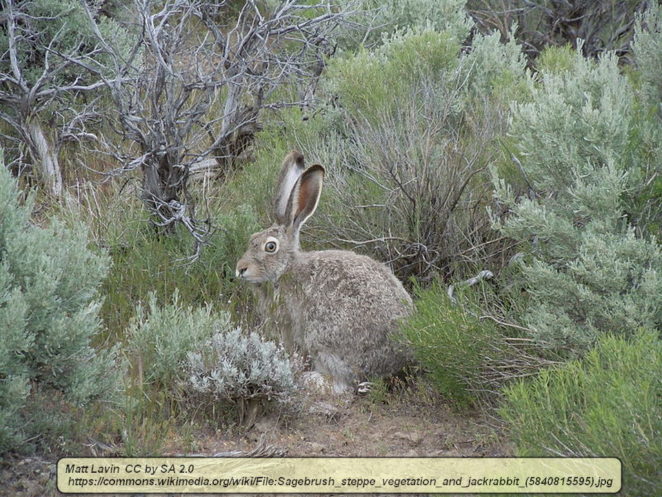 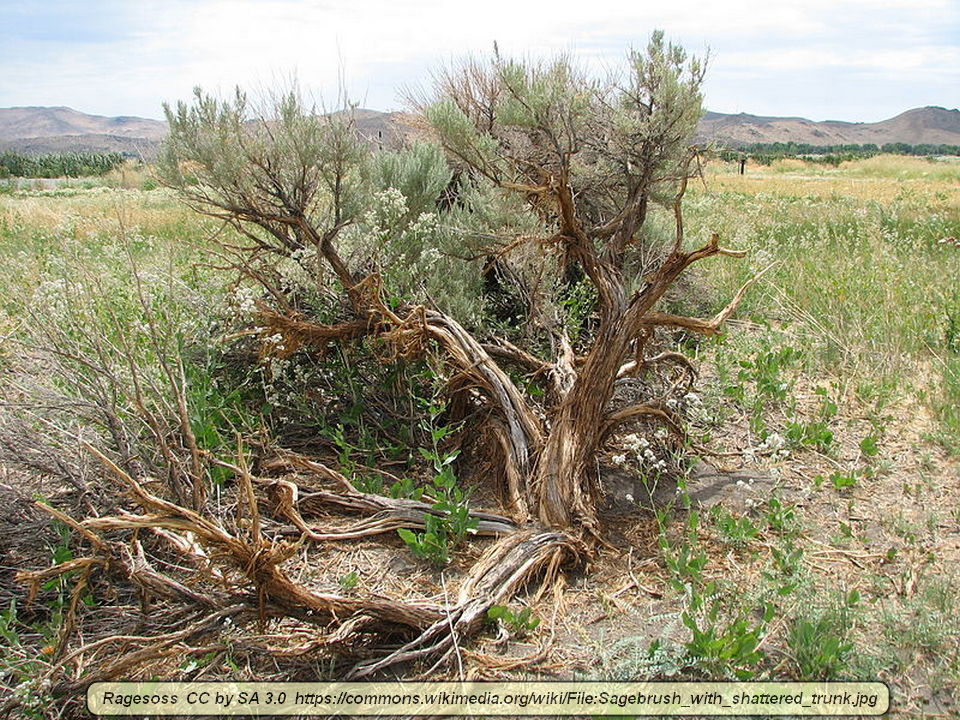 Sagebrush is a shrub belonging to the Artemisia genus. There are roughly two dozen species, many of which grow in dry areas of the western US including Alaska, Canada, and Mexico. It is closely related to both tarragon and wormwood, which are both also species of the Artemisia genus. Like tarragon and wormwood, all species of sagebrush are highly aromatic, with some species being more aromatic than others.

The name ‘sagebrush’ is in fact due to the strong scent that some people think is similar to garden sage. However, true sage is a plant of the genus Salvia, so it is unrelated to sagebrush.

Sagebrush is also of the Aster family. Some species of sagebrush can be found growing naturally in other countries, too, such as Russia.

One species of sagebrush, Artemisia tridentata, is officially the state flower of Nevada. In fact, sagebrush is shown on the Nevada state flag. 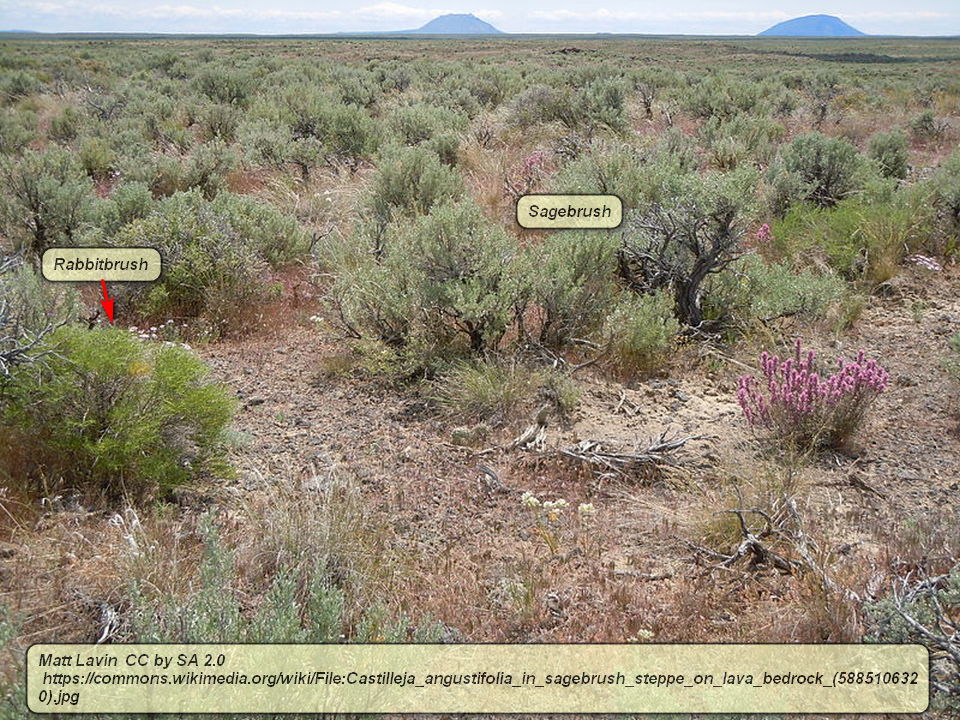 This plant can be low growing or it can grow tall enough to appear as a small tree, depending on species and growing location. The leaves are small and tend to have a whitish or silverish-blue appearance, especially at a distance. The bark of the stems and branches is also usually gray to brown.

As the plant grows older, the trunk usually twists, rather than growing straight. The flowers are small and yellow, normally opening at the ends of the branches in mid to late summer.

Sagebrush often grows near or with rabbitbrush and juniper. 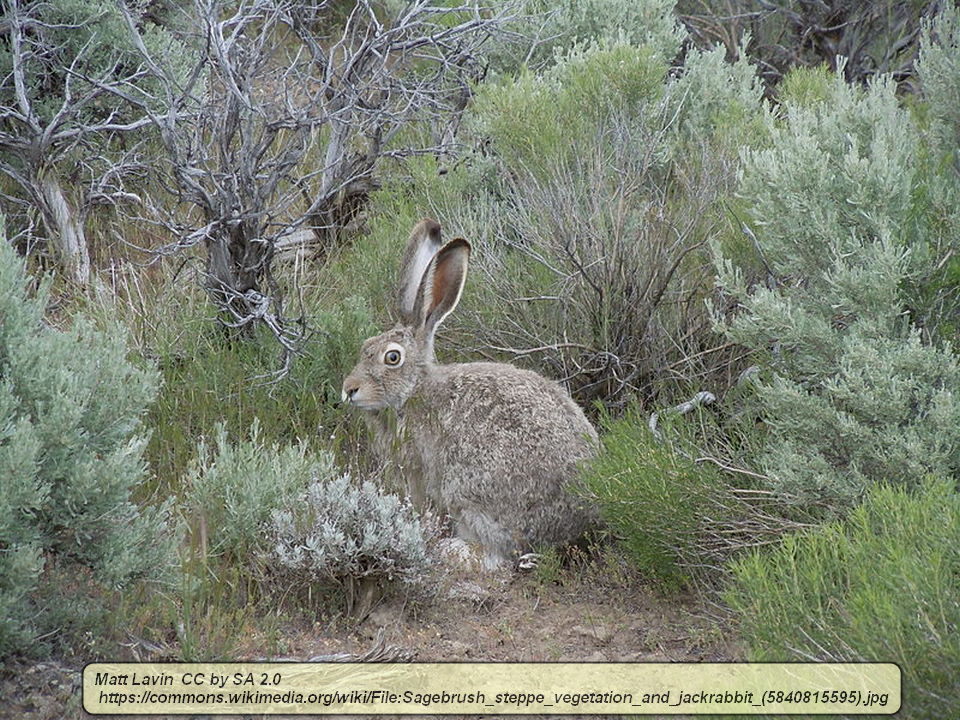 Although not often eaten by cattle, in some areas sagebrush is a major source of food for deer, elk, and other creatures. The tough bushes also serve as shelter for countless animals and Jackrabbits, a kind of hare, frequently give birth under sagebrush.

Even rattlesnakes and lizards often use sagebrush as shade against the intense sunshine of the summer.

The plants also help to secure the often light, powdery soil, to keep erosion at a minimum.

Native Americans have been using sagebrush medicinally for a very long time. The leaves are boiled as a tea and this is used to treat upset stomach, headaches, diarrhea, and for fevers. The tea also has disinfectant properties and is used externally to treat cuts, punctures, abrasions, and other wounds.

The tea also has been used to treat colic and this plant is useful for combatting sore throats or flu. Sagebrush is slightly sedative and strongly antiseptic. 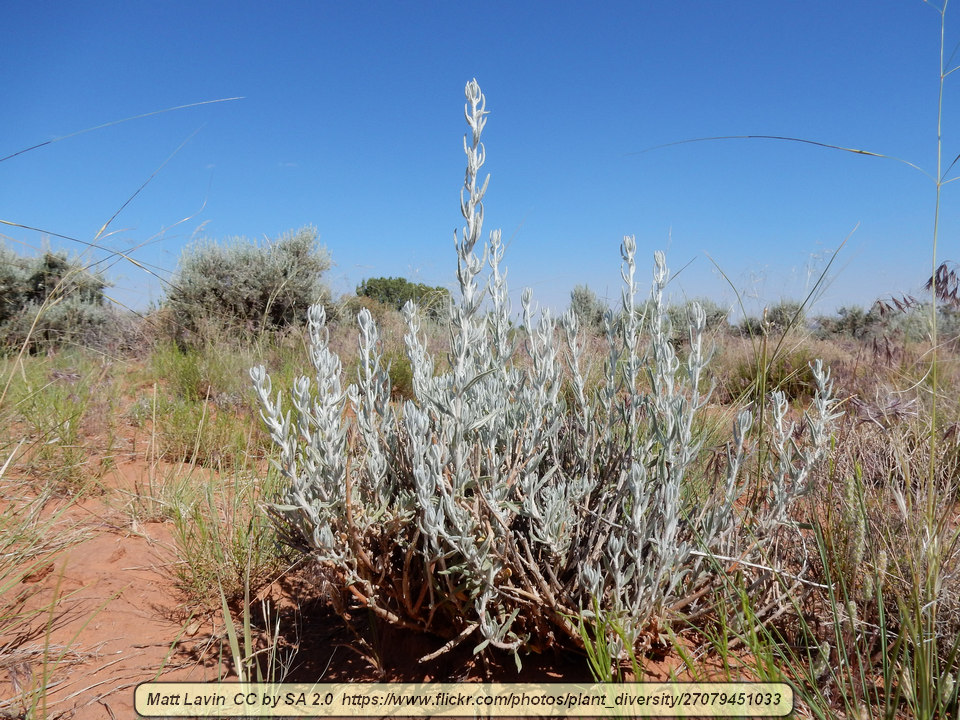 Sagebrush has a surprising number of non-medicinal uses. The wood burns easily and can be used for building campfires. Even green sagebrush wood will burn. In fact, the dried bark is excellent for starting fires as it burns hot and fast.

Native Americans took this a step further. The sagebrush branches were often soaked in water, then placed on hot rocks in sweat lodges.

A strong tea has been used as an insect repellent, and as an all-purpose cleaner.

The bark, though not thick, is very fibrous. It has been used for making cloth, mats, baskets, and even crude paper. Additionally, the bark can be used inside of shoes to keep feet warm.

The stems can be tied together to fashion a broom.

The seeds and leaves are edible. The leaves are usually used for flavoring, rather than as a potherb. The seeds can be used in a different way, too. When they are tossed into a fire, the seeds explode like tiny firecrackers. Because of this, they can be used during celebration festivities.

Sagebrush is extremely common in western North America and this is a plant that has a large number of uses. Indeed, if you’ve ever seen an old western movie where cowboys had a fire going, though no trees are in evidence, chances are that they would be burning sagebrush if the producers are aiming for realism.

Some people don’t care for the aroma of sagebrush, but I’m not among them. I enjoy the scent, particularly in the summer when the plants are growing vigorously.