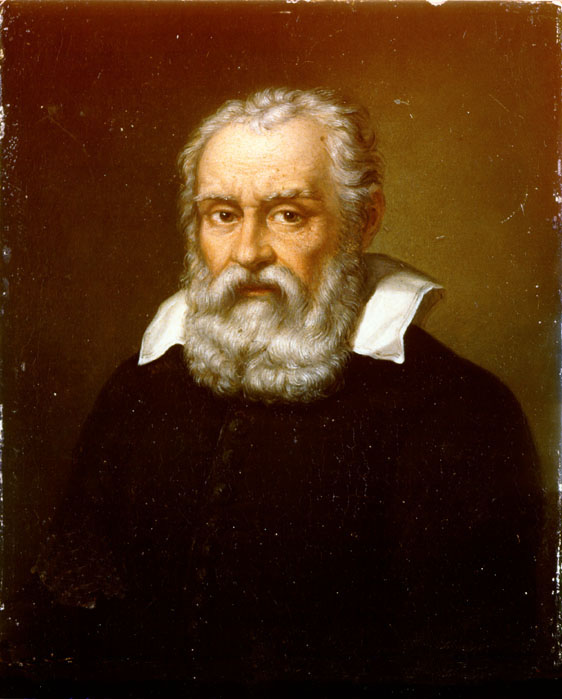 It is generally known that Galileo Galilei (1564-1642) got into serious trouble with the Vatican when he supported the heliocentric theory of the Solar System that had been advocated by Nicholas Copernicus. What is not so well appreciated is the fact that it was the method he used to try to prove his point that caused just as many problems for him as the theory itself.

Galileo and the Telescope

Galileo had a major advantage over Copernicus in that he was able to make use of a piece of technology that had only been developed long after Copernicus (1473-1543) had died. This was the telescope, the development of which into a practical instrument is attributed to Hans Lippershey, a Dutch lens maker.

Galileo seized on this invention with enthusiasm and made some important improvements to it, such that he was able to increase magnification from 3 times to 30 times. This was enough to allow him to gaze at the night sky and make some important discoveries, including four of the moons of Jupiter in 1610.

He also used the telescope as a means of confirming Copernicus’s theory that the planets orbited the Sun rather than Planet Earth being the centre of the known Universe.

However, there was a problem when it came to dealing with the Church, in terms of demonstrating his discoveries. This was that the telescope was doing something that enabled mere mortals to do things that had not been ordained by Man’s creator. It was acceptable to wear lenses as spectacles, because that was only restoring one’s sight to the level that God had given one, but the telescope went much further than that. Only God was “all seeing”, and to seek to emulate God in this respect was nothing short of heresy. 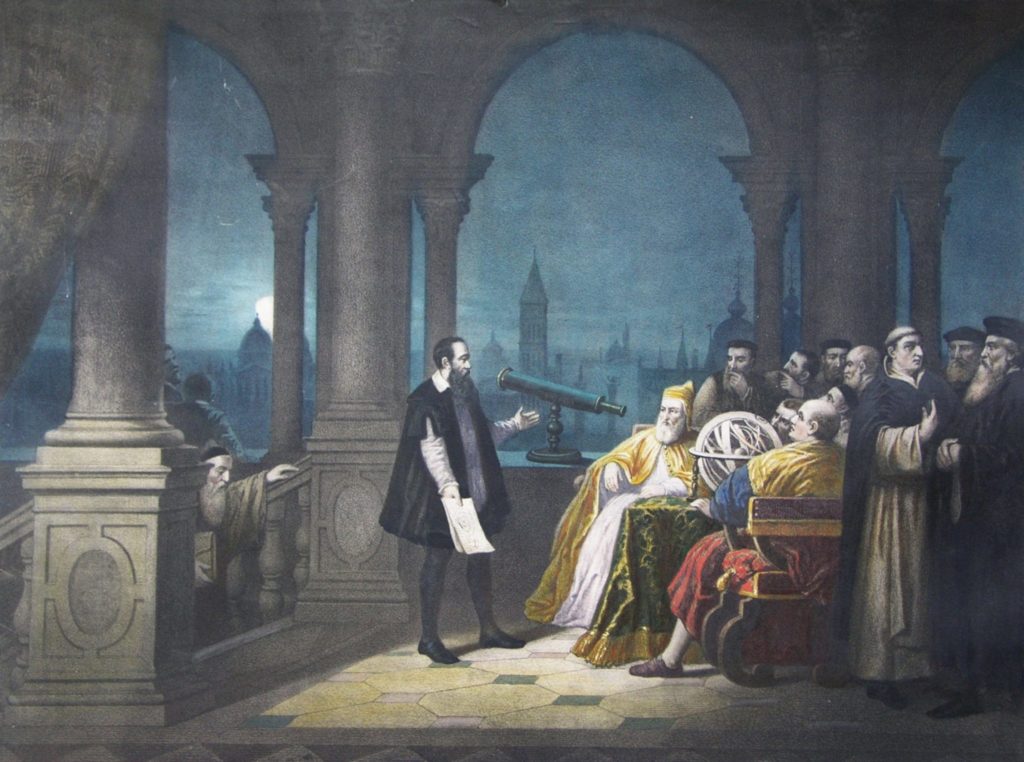 (Galileo demonstrating his telescope to the Doge of Venice. A painting by Henry-Julien Detouche)

There were many people at the time who refused to look through a telescope, in the belief that they would commit a sin by so doing. One such example was Cesare Cremonini, a philosopher from Padua who was both a friend and a rival of Galileo. Galileo had used a telescope to prove that there were mountains on the Moon, but his invitation to Cremonini to see this for himself was turned down.

When seen from the point of view of the Church, it has to be admitted that there wassome justification for their stance that the telescope deceived mankind and was therefore an instrument of the Devil. Early experiments with telescopes, which were nothing like as powerful or carefully constructed as those used today, did not always produce consistent and trustworthy results.

Galileo’s own observations sometimes told against him in this respect. For example, he claimed that the planet Saturn had two companions, one on either side. However, he was unable to repeat this observation some months later, because the companions had apparently disappeared. What had happened was that his first viewing through his telescope had shown the edges of Saturn’s rings when turned at a certain angle. His later viewing was when the rings were edge-on when seen from Earth and therefore not visible.

Galileo and the Inquisition

When Galileo was called upon by the Inquisition in Rome to recant the views expressed in his “Dialogue Concerning the Two Chief World Systems” he was already off to a poor start. Not only was he committing a heresy by supporting the Copernican view of the Solar System, but he was attempting to prove his point by using an instrument of the Devil, namely the telescope.

At least Galileo escaped the fate of Giordano Bruno, who, was burned at the stake in 1600 for his views, which included the daring suggestion that the Sun was no different from the other stars, only much closer. However, Galileo was banned from publishing any further works, and he spent his remaining years under virtual house arrest summarising his earlier work, particularly in physics and mechanics.

If Galileo had left his telescope at home, might he have avoided being silenced by the Church? This is unlikely, although he could hardly have expected a sympathetic hearing when he appeared before his inquisitors armed with the very instrument that had caused so much trouble. None of them was going to accept any invitation to “see for themselves”.

Galileo must surely have known that he stood no chance of getting his accusers to change their minds, so maybe he decided to go down with all guns blazing, to satisfy himself if nobody else.