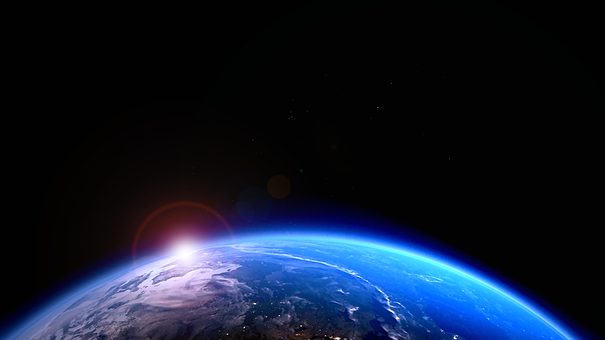 The Gaia Hypothesis is the theory that the Earth is a living being as a whole. Each organism, plant or animal, is like a cell in it’s body. And taken as a whole, each individual part of the ecosystem has it’s place and function, like the organs of our body. Organic as well as inorganic, including systems such as the water cycle and the atmosphere are all a part of the synergistic system of Gaia. Each part is a necessary part of the whole.

I find the Gaia Theory an intriguing possibility. As our bodies are made up of other living organisms with their own DNA, especially bacteria, I can see Gaia as a living system as well. The complex, self-regulating systems in our bodies are like the systems of Gaia.

Gaia had a birth with the first organism of life, three and a half billion years ago. Gaia grew and has been growing and evolving ever since. Does Gaia now have a rational mind, as it evolved creatures such as human beings? Or does Gaia have it’s own, singular personality and consciousness, apart from our own? Just as we have a consciousness apart from the bacteria making up 90 percent of our bodies, Gaia may have Her own mind.

I like to think Gaia’s next spurt of growth will be to leave the planet and expand. She can do this through human beings. We have already left the planet. Is our urge to expand and explore a part of Gaia’s growth?