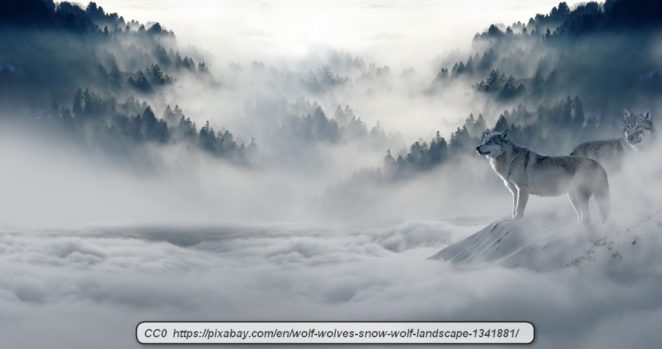 Forests are a renewable resource. This is something that has been known for a long time. If trees are harvested, new trees can be planted. It takes decades for a tree to get large enough to harvest, but by using proper management, this is a continual process that leads to healthy forests, while allowing timber to be harvested in a responsible way. The problem is that although proper forest management is based on common sense, sometimes politics overwhelms the common sense. The result is seldom good.

Changing times for the forest

Times change and politics change as well. Sometimes politicians let their actions become swayed by small but vocal groups who lack the understanding of what proper practices are. This needs to be explained.

It has long been recognized that for every acre of trees that are harvested, at least an acre of trees must be planted. This is needed in order to make the trees a renewable resource. By 1960, this was common practice, particularly by the US Forest Service and the Bureau of Land Management, as well as also some larger timber companies, such as Weyerhauser and Boise-Cascade.

To make this possible, these agencies routinely built dirt and gravel roads, to make it possible to get to the forests. The roads were constructed in places that would allow access with the least amount of negative impact on the environment as possible.

The roads made it possible to harvest trees, replant trees, and just as importantly, to get to forest fires when they occurred. By building and maintaining roads in a way that caused the least possible impact on the land, roughly 1.5 acres of trees were being planted for every acre that was harvested. This was nearly ideal, especially since it was recognized that forest fires were inevitable, primarily due to lightning.

The Forest Service and other entities also actively worked to prevent fuel loading, as a means of preventing fires from getting out of hand. Fuel loading is when fuel is allowed to accumulate. This fuel is dead-fall, standing dead trees, grass, brush, limbs, and other combustible debris on the forest floor. Removing this material and burning it in safe conditions means that when a fire does happen, there isn’t an excess of fuel that would allow the fire to get so hot that living trees would easily burn, leading to the spread of the fire.

A balance was sought and achieved to allow enough of the leaf litter to remain to ensure that the soil stayed fertile for the growing trees and the wildlife that made the forest their home. The Forest Service supplemented this by the use of pelleted fertilizer, specifically formulated to be helpful for tree growth.

While all of this was done, the Forest Service and other agencies were also active in preventing wide-spread destruction by pests such as the pine beetle. Pine beetles can quickly infest an area, killing the pine trees there. There are pesticides that specifically target the pine beetle without devastating helpful insects or wildlife. The amount of the pesticide used was also low. This stands to reason as the goal of the Forest Service was to keep and maintain healthy forests, including the creatures living within the forest.

In 1960, the Multiple Use – Sustained Yield Act was passed by Congress to make sure that all of the above was done. (The law can be found here, if you wish to read it.)

The forests were well-maintained through the 1960s and 1970s. Due to the common sense measures and procedures, the forests flourished and grew. Not only were more trees growing in America than ever before, since the time the first settlers arrived, the animals in the forests also thrived. Forest fires still occurred, however, they rarely grew large because fuel loading was being prevented in the most vulnerable areas and also because there were roads that allowed firefighters to get to the fires while they were still small.

Timber sales also helped greatly with the health of the forest. As trees were harvested, the land was opened for more tree planting. This maintained the forest succession as it was, preventing the degradation of the forests. Other practices, such as selective logging, where only mature trees are removed, allowing smaller trees to get larger, helped too.

Then, in the 1980s, things began to change, decidedly for the worse. All of this time of growth of a thriving forest that was properly managed, small but very vocal groups were lobbying in Washington DC. They were against the maintenance of the forest; tree harvesting, tree replanting, road building, fire suppression, pine beetle eradication, prevention of fuel loading. In other words, they were against every aspect that had led to healthier forests in the first place.

They were also quite hypocritical. They lived in houses constructed of wood, made protest signs written on cardboard produced from timber, mailed fliers made out of wood paper, and so on. Their contention was also lacking a common sense foundation. For instance, they claimed that old-growth forests (un-harvested forests) were vital to maintain biodiversity. I’ve already explained in another article that there is far less biodiversity in an old-growth forest than there is in a new forest. They claimed that the pesticide used on the pine beetles was harmful to the environment, though scientific long-term studies had shown that it wasn’t, in the amounts used.

Sadly, politicians, worried more about their political careers than about the forests, began to cave in to the uninformed special interest groups. Directives started being produced and policies made that prevented the Forest Service from maintaining the forests. As an example, President Clinton shut down forest service road construction and maintenance, preventing the harvest of trees, making it impossible to easily get to forest fires while they were still small, and making it tremendously difficult to replant forests.

The path to doom has been progressive and steady. As a result, with a quarter of the year to go, this year over 50,000 fires have burned over 8.5 million acres of forests and many are presently burning in the US. Pine beetle infestations have destroyed uncounted millions of acres more of trees. The forests are unhealthy in the extreme.

Put in a different way, in this year alone, the number of trees destroyed has been in the hundreds of millions and the number of animals that have been killed, maimed, wounded, or displaced is astronomical. All of this is primarily due to the suspension of proper and wise forest management, due to a relatively small number of uninformed or misinformed people.

Thankfully, the current administration actually cares about the environment and the Secretary of the Interior is already beginning to address the lack of forest management issue. Unfortunately, at best, it will take decades before the forests of the US are once again vibrant, healthy, and flourishing. Still, the longest journey begins with but a single step. Let us hope and pray that the current move to return the forests to health continues until the job is done, and beyond.