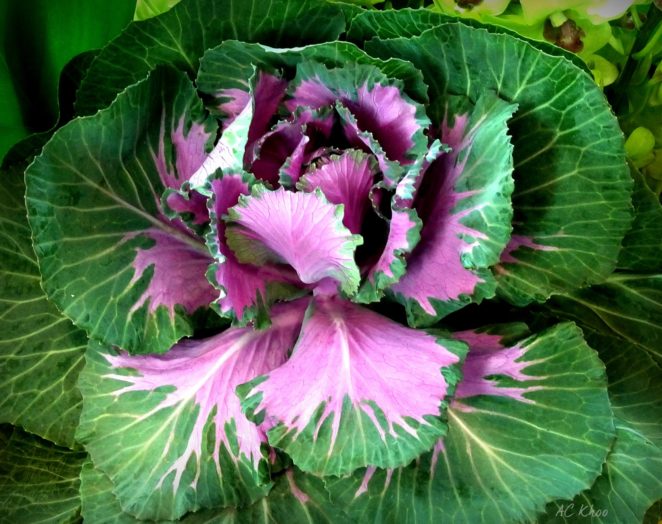 I found this cabbage flower included as part of a flower arrangement which was quite suitable as it appeared almost as if a huge green and purple rose!  Cabbage flowers are becoming more popular as ornamental flowers as people want more exotic blooms instead of the usual flowers. Ornamental cabbage are supposed to be close cousins of the edible cabbage; supposedly not as tasty but also edible, however they are grown for decorative purposes rather than to be eaten.