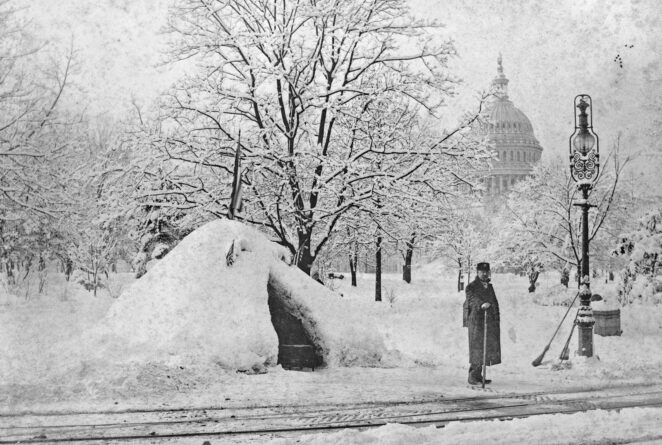 In the Northeastern U.S., a blizzard struck in 1888. This blizzard was so huge it became a historical event. It had everything a massive storm could have including huge amounts of snow, frigid temperatures, winds that howled, and humongous drifts of snow. It covered the whole northeastern U.S. stretching from New England to the Chesapeake Bay and included major metropolitan areas like NYC. During this storm over 400 people died and over 100 were lost at sea.

The blizzard struck unexpectedly since it was early March and began as a heavy rainstorm. Then from Sunday night to Monday morning as the temperatures dropped it all turned to snow. New York City had 22 inches and the city was shut down. Floods resulted when the snow began to melt. In places, there were snowdrifts as high as 50 – 60 feet. It was all made worse since it was not modern times and there were no snowploughs like there are today.