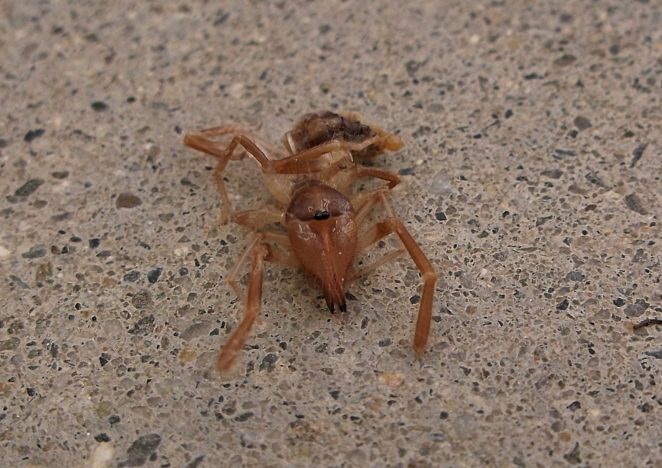 I found this in my bed. Ever hear the joke, I did an years worth of cardio when I ran into a spider web? Well, then I must of just did 10 years. I woke up with itchy painful bites. I had no idea at that time what caused the bites, but found this under my pillow the next day.

These are not actually scorpions but solifugids, members of the Arachnida family. A class that also includes scorpions, spiders, crabs and ticks.

They can weigh up to two ounces (56 grams) and can have a leg span of up to five inches. (12 centimeters).

These guys are nocturnal and run from light.

It does not attack camels, but prefers smaller prey like lizards and insects.

In Egypt during World War 1, soldiers staged fights between captive wind scorpions and placed bets on the outcome.

The one shown below is after I squashed it. I do not want those around my house.

Check out those front pinchers, and it’s eyes. Yikes.

This has got to be the scariest insect I have ever seen here.