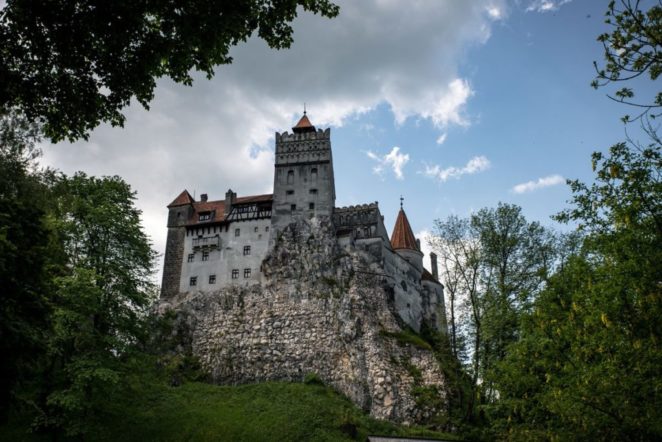 Next year for Halloween perhaps you would like to celebrate this holiday with the master of horror Count Dracula himself. Well, there is the scary character written about by Bram Stocker and created larger than life by Hollywood and then there is the real one. Step back into time into the Carpathian Mountains in Transylvania where it all began. Bran Castle was built in 1377 and is sometimes called “Dracula’s Castle”. It was the home of the most feared and horrid person Prince Vlad Tepes also known as Vlad the Impaler or Draculya after his father whose name was Vlad Dracul. The name Dracul means devil. Prince Vlad Tepes was bloodthirsty and he would have people impaled upon large stakes for the simplest crimes and also those who would oppose or threaten him. It is said that afterward, he would drink the blood of his victims. Those unfortunates who were impaled in the town square and the sight of them suffering there struck fear in most everyone. It certainly turned people off of doing crime in the 15th century. Even though apparently no vampires roamed about there are those who say that people in the old days could hear the moans of the tortured victims in a hidden tunnel which was located in the castle. After all these centuries it is now thought that Vlad himself haunts Bran Castle where glowing mists and lights have been seen especially in his room. The most mysterious country is all around. You can imagine every scene from all the Dracula movies and I suggest if you find yourself on Vargo Path as it is getting dark get out of there and fast. The lights will be shining in the castle and the Count will be waiting. At this point I always remember the scene with Bela Lugosi “Listen to them, the children of the night, what beautiful music they make” as wolves howl all around.

So take a trip back in time and climb up into the Carpathian’s up to Bran Castle in Transylvania and meet your most eager host. He is just dying to meet you. Who knows? Perhaps you can discover something or someone that can be added to the Dracula legend…

Are you a fan of Dracula movies?