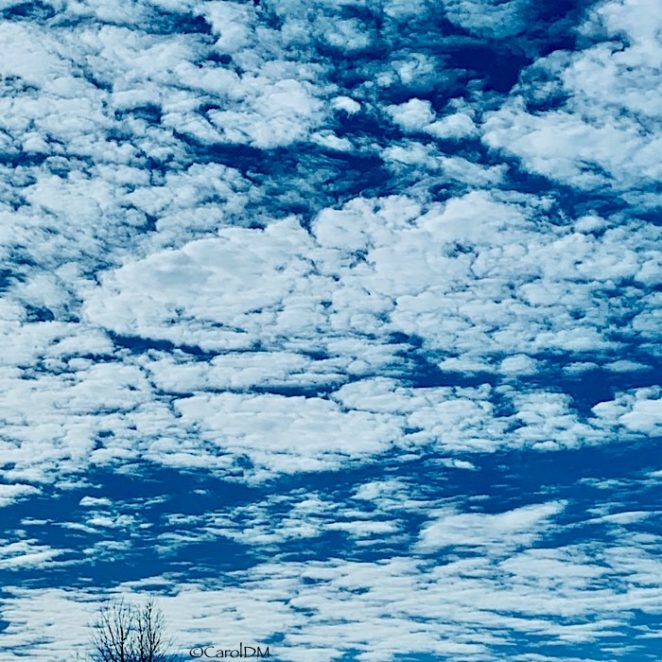 Snapped this photo outside my car window while going to the store. I was amazed and the beauty all round. I wish I could have captured the entire sky. It was the most beautiful blue.

Above the cloud with its shadow is the star with its light. Above all things reverence thyself.– Pythagoras

Behind every cloud is another cloud.– Judy Garland

Every cloud has its silver lining but it is sometimes a little difficult to get it to the mint.– Don Marquis

Happiness is like a cloud, if you stare at it long enough, it evaporates.– Sarah McLachlan