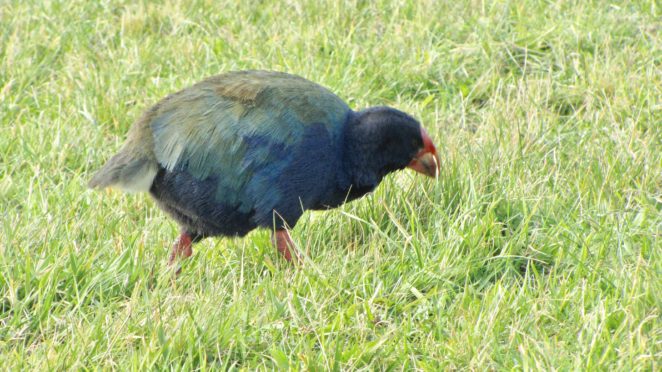 The Takahe were once thought to be extinct but a Doctor from Invercargill found some in the Murchison Mountains in Fiordland, South Island, New Zealand. It lives in alpine conditions.

However, huge conservation efforts have contributed to their survival and they are still at risk of being extinct. I found this one on Tiritiri Matangi Island. The Takahe are flightless birds unlike the Pukako. They are not the same bird.

The Takahe are often got at by Stoats, Ferrets, Weasels and rats, cats and even dogs. All these animals are introduced to NZ .