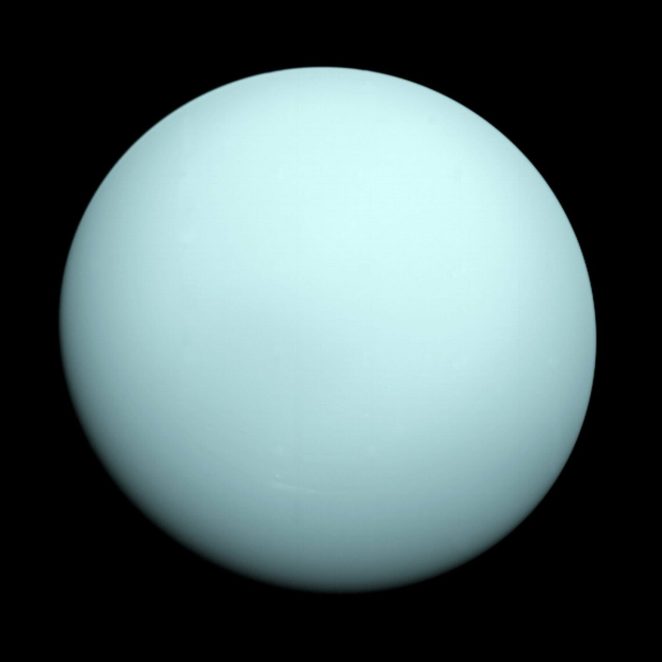 Uranus is the seventh planet from the Sun. Like Jupiter and Saturn, Uranus is a giant gas planet.

It is the coldest planet in the solar system considering how far it is from the sun. It’s minimum surface temperature is -224°C. It is 2.9 billion kilometres from the Sun.

Unlike Saturn, it emits less energy than it receives from the Sun.

Is Uranus visible to the naked eye? Yes! It is the first planet discovered in the modern age with a telescope. The other planets were visible in the ancient world. Uranus is viable (and was) but one has to be keen in distinguishing it from other stars.

It takes 84 years for Uranus to complete an orbit around the Sun. This is the longest orbit in our solar system.

For those who like night hours, you can make a home in Uranus because it has the shortest day. A rotation on Uranus takes about 17 hours.

Uranus too has rings which total 13.

The mass of Uranus is 14.5 times more than the mass of Earth.