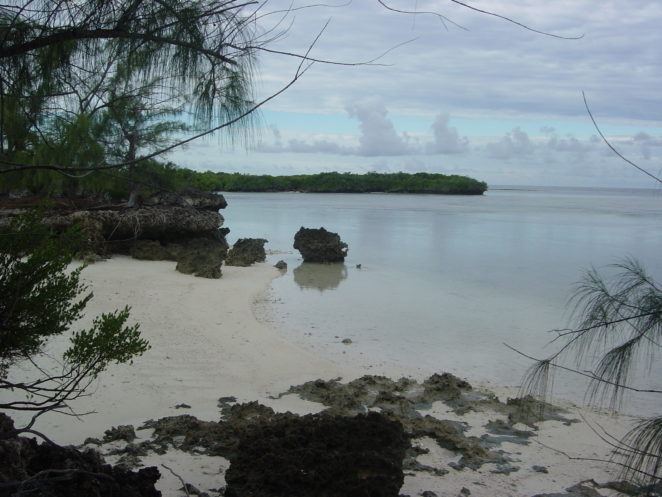 Aldabra Atoll is a group of coral islands that surround a shallow lagoon in the Indian Ocean. It is part of the Seychelles island group, but it is unoccupied by people and seldom visited by anyone. It is the least-disturbed large island in the Ocean. The atoll measures 21 miles long by 9 miles wide, the whole land area being 60 square miles. It is the second largest coral atoll in the world. 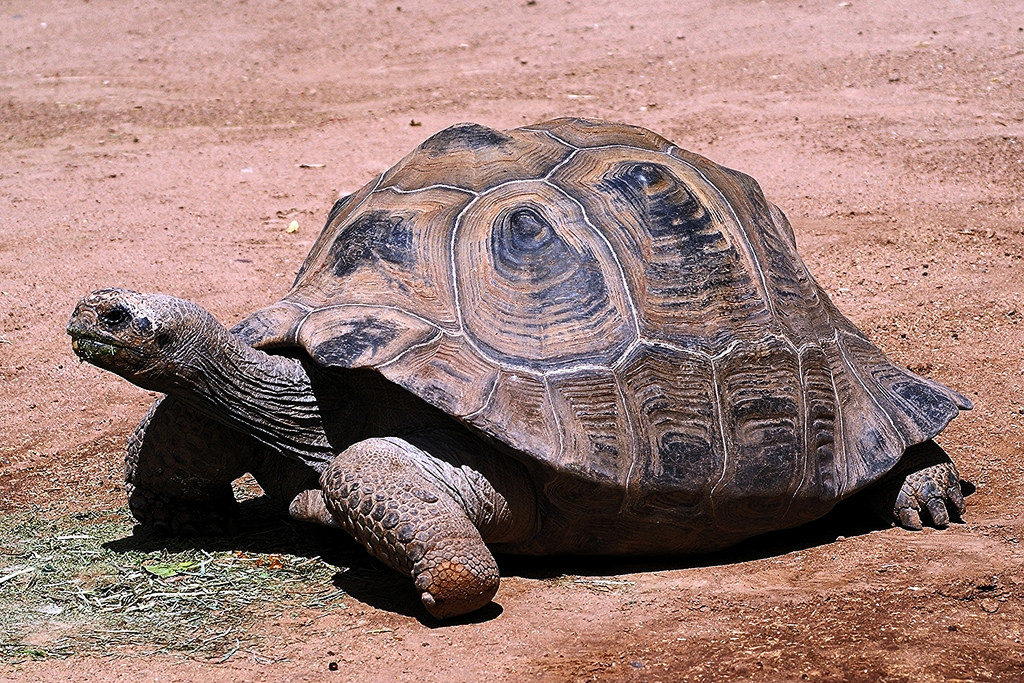 The isolation of Aldabra (it is more than 700 miles from the main island of the Seychelles) is what makes it a very special place in terms of its wildlife, because it is home to more than 150,000 giant tortoises – the world’s largest population of this endangered reptile. It is therefore the only place in the world where a reptile is the dominant herbivore. The only mammals on the atoll are flying foxes (a species of bat).

Aldabra Atoll was designated a UNESCO World Heritage Site in 1982.

The photo of Aldabra Atoll is by Ray Van Oers. That of the giant tortoise is by “Sergei”.