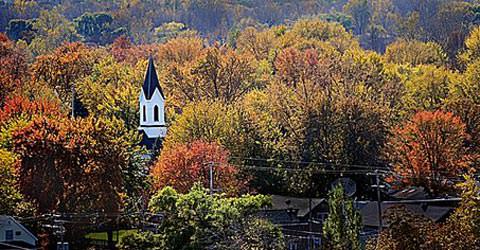 It can be so confusing when one city sounds like another and especially if you are not sure of the actual name of the city or the state it’s in. The city of Zilwaukee in Michigan was named after the city of Milwaukee in Wisconsin to trick settlers who might be interested in settling there.

It all began in 1848 when two New Yorkers Daniel and Solomon Johnson created a settlement in Michigan with just a few houses and a sawmill. They needed workers and thought they could attract settlers through a bit of deceit. So they chose to name their riverside settlement Zilwaukie which was later changed to Zilwaukee.

They then sat back to wait for the first settlers to come. Finally settlers many of them German immigrants began to arrive. Perhaps some of them might have heard of Milwaukee and wanted to settle there but once they arrived they stayed especially since work could be found.