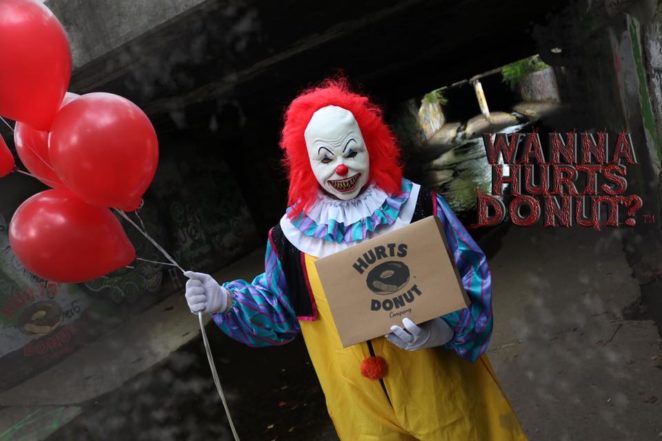 Did you know that there are quite a lot of people that are afraid whenever they see a clown? This kind of fear is not a joke but a real phobia. But why this happens? Why do the people with fake hair and a lot of make-up over his face provoke fear in some people? Their shoes are oversized. their faces are funny, their pants are colourful and their job is to make us laugh.

The phobia provoked by clowns is called coulrophobia and here’s why some people fear clowns. According to Sara Fehrenbacher, a  psychologist which speciality is the family, the people were afraid of clowns even before they started disguising themselves in clowns and run in the woods during the night or suddenly show up in front of a car on the road just in order to scare the hell out of the other people.

Even though the clowns are supposed to be funny, however, there’s something dark and tricky in them. They are, by chance or purpose, very loud and they always choose an unusual combination of colours. That’s why not even the kids wanna copy them.

According to Steven Scholtzcman, a psychologist from Harward, the strange and unusual face is what makes the people go away from them. There’s a hidden fear inside the clowns if they would not manage to make the people laugh, and that’s very often very notable in front of the people. The mask gives the clown a new identity with the change of the appearance, especially the face.

The clowns are very often presented as scary, with a not-friendly mood, as for example The Joker in “Batman”, the doll in “Jugsaw puzzle” and etc. Even the master of the horror movies, Steven King, presents the clowns as scary creatures. He says “If I am to see a clown walking under a dark bridge during the night, even i would be afraid.