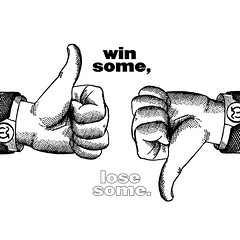 I have just noticed something odd with the way that upvoting works on Virily.

If I like a post and want to upvote it, I simply click the up arrow and the total of votes increases by one. However, if I am distracted for any reason and come back to the post a few seconds later, I may wonder whether I did actually upvote it and click the arrow a second time, while thinking that I have only done so once.

Now, I can understand why the system doesn`t want people to go on pressing up or down arrows and thus cheating the system, and I can also understand why – now I come to think of it – the upvote side will go green once you have voted, as a reminder to you not to press the button again.

However, what I cannot get my head round is why, if you do make that mistake, the votes total actually goes DOWN by one. If you then try to rectify your mistake by pressing the button again – in the hope of bringing everything back to square one – the total goes down again!

I have just had the slightly disconcerting experience of trying to upvote a post, getting it wrong, and actually seeing the final total as minus one instead of plus one! The writer of that post must be wondering where he/she went wrong when in fact they had produced something that – in my eyes – was perfectly acceptable.