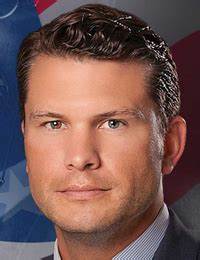 I understand that many here do not read or appreciate political posts and I respect that. I also know how important it is to bring views from outside of our tiny little circle if we are going to keep the site going and the views coming in. It’s a part of the balance and struggles to keep the value of your virils up.

Pete Hegseth is a host on Fox Network. Fox is known for its very conservative views and when I watch it I never just see one side. I know who is on which side, and both sides are presented. I watch many other new casts as well.

Pete Hegseth posted “Manifesto Of The Saudi Terrorist Who Attacked The FL Military Base” and commented on them. Here is what he had to say in an interview with another broadcaster.

“Listen, I don’t play the veteran card, Tucker. I really don’t,” Hegseth added. “But I served in Iraq and Afghanistan. I’ve guarded these guys at Guantanamo Bay. I know what they want to do to us. And if we can’t share that with the American people — their true motivations, their hatred for America, their hatred for Israel, Guantanamo Bay’s a gulag — then we’re gonna get the false narrative of the PC folks in Silicon Valley every single day of the week.”

Where do we go to get our information and what is the lense they use to write it in. It could be that Google rules the world. They know the questions we all ask. They listen to our conversations. Do they interpret differently than what we intended?  I am certain that no one is correct 100% of the time. I don’t think that taking sides is as important as knowing that there are sides and reasons that information is withheld. Some of it is ethical and some are not.

As for now, Pete Hegseth is banned from Twitter and I believe it will remain that way.  It may even further his cause and his point of view.

The times we live in are dangerous and hard. We can choose to ignore it and do the best we can. We can choose to at least learn something about what is going on. We can also become all consumed in the politics and dangers of the world.

We are living in uncertain times.