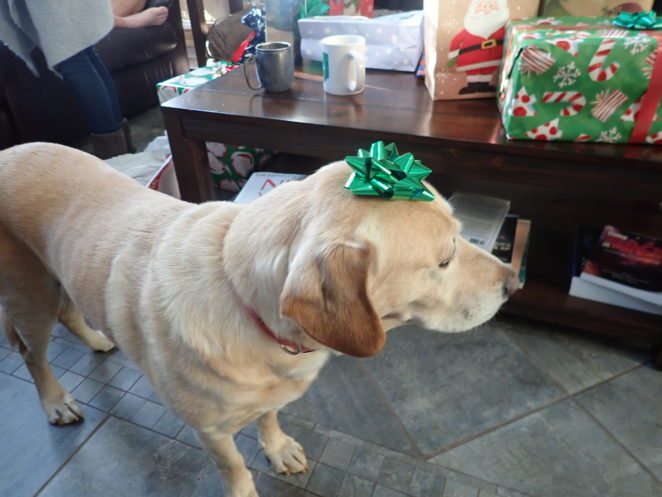 I get photo requests from time to time, ergo yesterday’s Hawaii post. Today it is the bows on dogs post. In part, we started the bows on dogs post many years ago. It was something that started with my daughter and her dog, Fran. Fran hated the bows. She would throughout Christmas she would knock the bow off, and my daughter would put the bow back on. Now, with Raven, Dylan, serenity, and Tamsyn, it is harder and easier. Raven will work hard to keep her bow on her head. The other three will work hard to get the bow off their heads. Dylan knocked him off in about 20 seconds. He kept it on long enough for a couple of pictures and then, he was done!

I left the bow off his head. He and I have an agreement. I don’t make him do things he doesn’t like unless it is important for his health. In the case of a bow on his head, cute, but doesn’t do anything else. He knocked it off and I left it off. Raven, when she comes off, stood where it had fallen waiting for someone to put it back on her head. She loves wearing things! We did not do searchers this year. IT was a lot warmer (50 degrees outside) we didn’t even start the fire. For years in Indiana, it was always cold so we always had the fireplace going. The last couple of years haven’t been cold enough for a fire. At least not on Christmas day, a week ago, we had highs in the low 30’s.

The last thing we did, the opposite of the picture from years ago, was the kids on the stairs pictures. A couple of dogs got involved in the picture as well. It was a production to get the kids on the stairs again. In part because the little kids of years ago, are now a lot bigger. In part because now we have one more kid. And because the dogs joined into the fray! Still, it was fun to reconnect pictures of today with things we did many years ago! It is funny when you look back at the moments in pictures. It becomes a tradition over time. That process of becoming a tradition is what makes the holidays special. Every family has its tradition, the way they deal with the holidays. You add to that overtime!

Dylan wasn't happy about his bow. 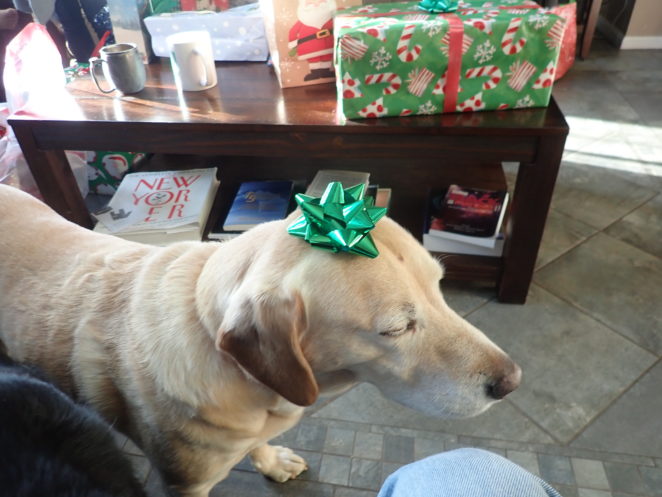 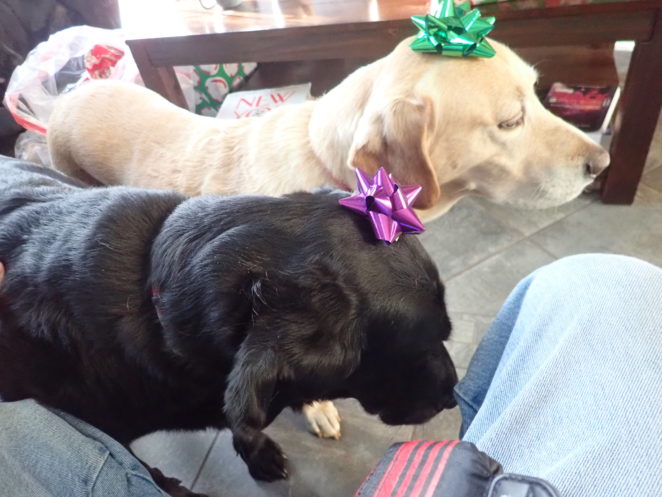 Raven says I have a pretty purple bow! 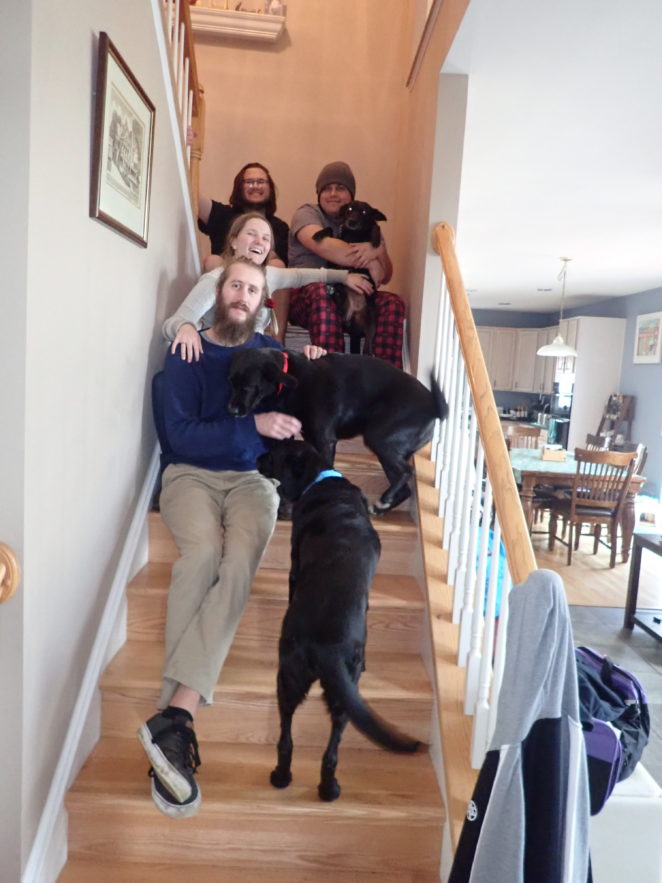 Kids crammed on stairs. We didn't have a phone booth! 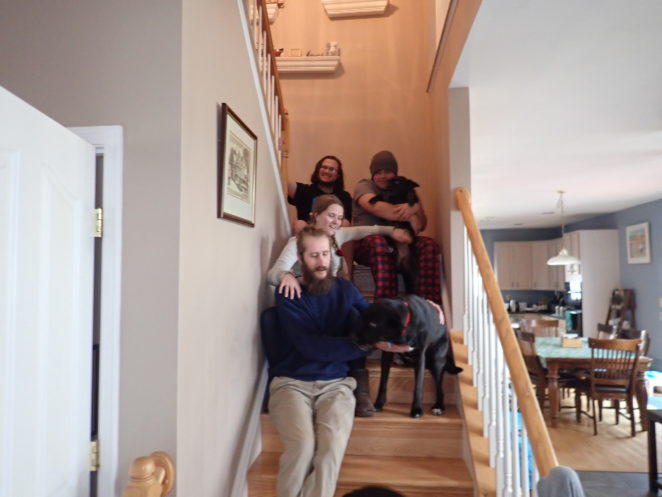