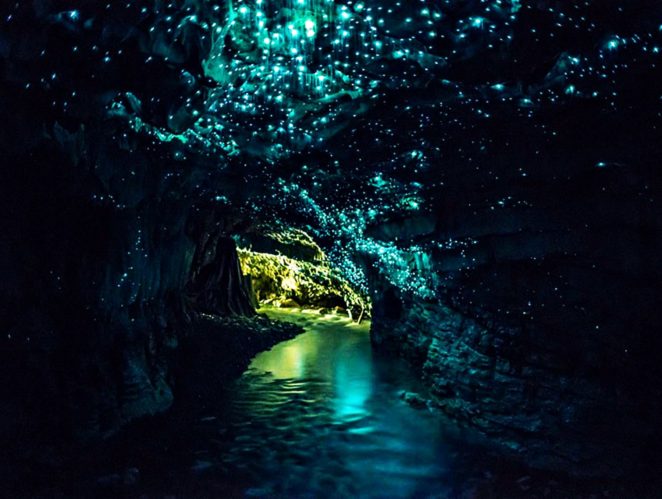 Waitomo Glowworm Caves is the name of the spectacular cave, which is very famous and well-visited tourist attraction because of its ceiling that looks like a summer night sky with infinite zvijezda.Na western part of the North Island of New Zealand is the geological phenomenon of biological systems Waitomo caves or cave “glowing fireflies . “In the shelter of the slopes of the sacred Maori mountain Taupiri – home Maori king in the underground flow of the river Waikato nature has created incredible bioluminiscentan phenomenon that Westerners delight more than a hundred years. The ceiling of the cave adorned thousands of insect specimens that can be found only in New Zealand, Arachnocampa luminosa, insect-like spider who spins an unusual strip with many nodes you perfectly spend their bioluminescent light.