There are people who just can’t get enough maple syrup on their pancakes. The U.S. state of Vermont produces more maple syrup than any other state.

It was the Native Americans who first processed maple syrup and the method they used is still the same. In the winter for four to six weeks in the winter or in the early spring farmers go around and collect the sweet-water sap from the dormant sugar maple or black maple trees. 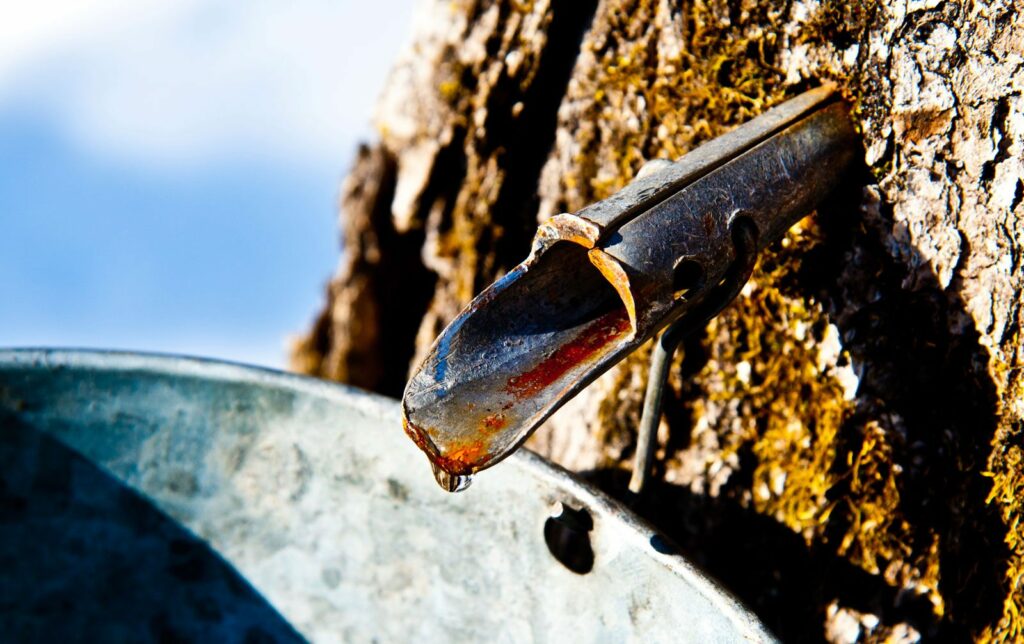 The sap is extracted by tapping or drilling holes into the bark of the tree and then fitting the hole with a spout. Beneath it, a bucket is placed and as the sap oozes out of the tree it goes into the bucket. After collecting the sweet-water sap it is then boiled in pans to evaporate the liquid. Maple syrup can be used not only on pancakes but as an ingredient for various delicious treats.