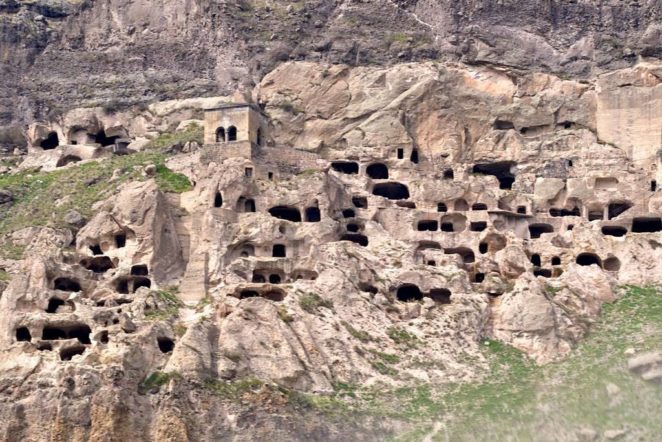 While the world-wide known as the Cave Castle, Vardzia in Georgia is actually a huge monastery carved into the rock as far back as 1185. The purpose of the monastery was to provide protection to the citizens of the Mongol invasion, and it is no wonder that many people called the city, because it is here in the rock carved nearly 6,000 flats! The construction is made Queen Tamara, who was at that time ruled Georgia. Although many tried to get her to the throne only because the young woman, Queen Tamara, however, successfully ruled the region 29 godina.Gruzijski annals state that beauty, goodness, wisdom, courage and military glory of the ruler attracted many European and Asian nobles .