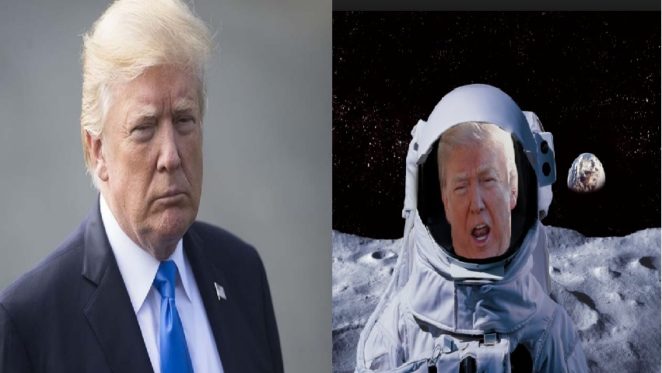 Present World Power, President Donald Trump ordered the formation of a space force. China and Russia are unbearable in space.

After which Pentagon Armed force’s will establish a branch for space force. The President said that American presence in space is not be enough to dominate, and it is not enough to mark American flag or step on the front.

The Trump said that no other leadership is acceptable in Space, we will also lead in space. China and Russia are unbearable in space, We will be in space before China and Russia. Trump ordered that the federal agencies prepare the modern framework of space traffic management, Space Force will ensure that the outside of the ground will be in force.

Legal experts says that the trump will need to take approval from the Congress for Space Force. Point to be noted, America has not sent any human beings to space since 2011.