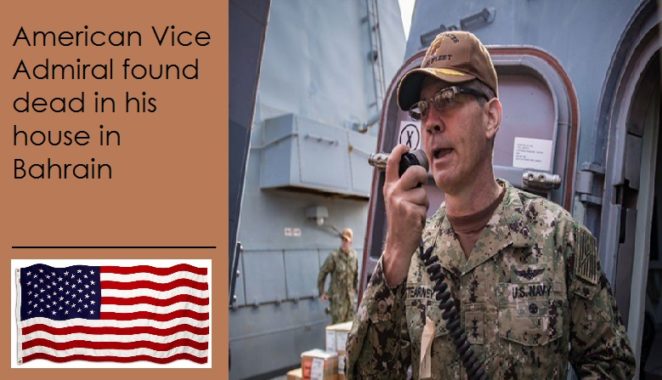 Washington: US navy chiefs Scott Stearney set for the Middle East have been found dead in his residence in Bahrain. US Navy Vice Admiral investigations in mysterious killings are launched in Bahrain while US military chief Admiral John Richardson unanimously dismissed the suspect of any suspicious action.

In his video message, Admiral John Richardson,while praising the professional capabilities of Scott Stearney, he  declared him a supreme military officer, He added Scotland was not only the best military officer but also a good husband and father as a friendly person.

US Naval Criminal Investigators and Bahrain’s Interior Ministry is supporting each other on the mysterious killings of the American officer and they did not initially indicate any suspicious action. Scott Stearney was the commander of the US Navy Central Command  and commander of the fifth fleet of US navy in Bahrain,