Anyone who regularly drives on our busy highways has no doubt seen disintegrated tires as a result of a truck tire blowout. They are relatively common, according to Texas 18 wheeler accident lawyer Greg Baumgartner. 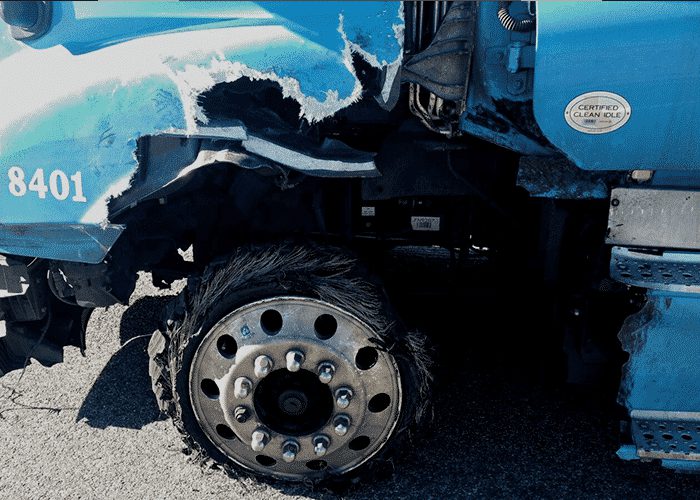 Why Truck Tire Blowouts are So Dangerous…

A commercial truck with a full load can weigh upwards of 80,000 pounds. Because of this immense weight, the lorry will often have a large stopping distance. This is especially so in an emergency situation when a tire blows out. Even the most experienced truck drivers can have problems keeping control of the lorry when the tire fails. Sometimes the truck may swerve and on some occasions, may even jack knife and roll over.

As you can imagine, such an occurrence could lead to other drivers taking measures to try and swerve out the way to avoid oncoming obstacles. Even just a small piece of tire can cause a serious accident, as the driver will still swerve to try and avoid the debris. This is before taking measures to avoid the now out of control lorry that is one tire down.

According to recent figures released from the National Automotive Sampling System Crashworthiness Data System (NASS-CDS) ,there are thought to be 25,000 truck crashes per year in the USA that are a direct result from a tire blow out, or even just a flat tire. These are startling numbers to try and comprehend. This number of crashes can be reduced if the lorries involved in these crashes are adequately maintained.

As you now realize, crashes involving commercial vehicle crashes are often very serious and will likely involve several vehicles and impact the lives of many people. When a big lorry which is fully loaded is involved in a crash with another vehicle, that vehicle’s driver and passengers will likely be hurt or even killed. If you have been involved in a crash involving a large lorry, make sure you get in contact with Greg Baumgartner today.