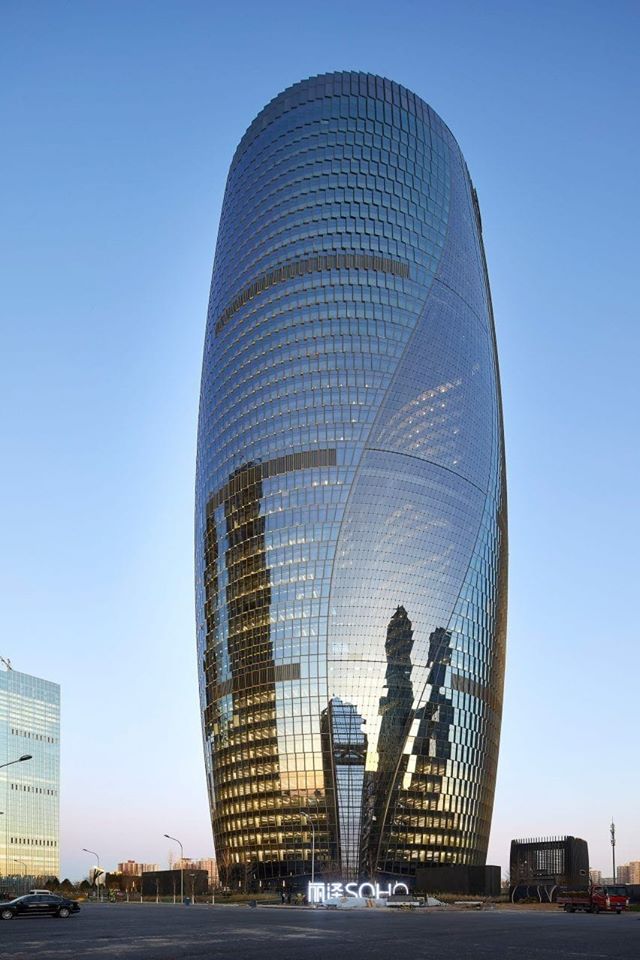 45-storey skyscraper Leeza Soho, also known as Li Ze tower, designed by the late Zaha Hadid in Beijing, China, was completed on the 19th of this month, namely 11 days and contains the highest atrium (atrium in modern architecture is a big open space, often very tall and with a glazed roof and with large windows, often located inside the building) in the world that is struggling through its center.