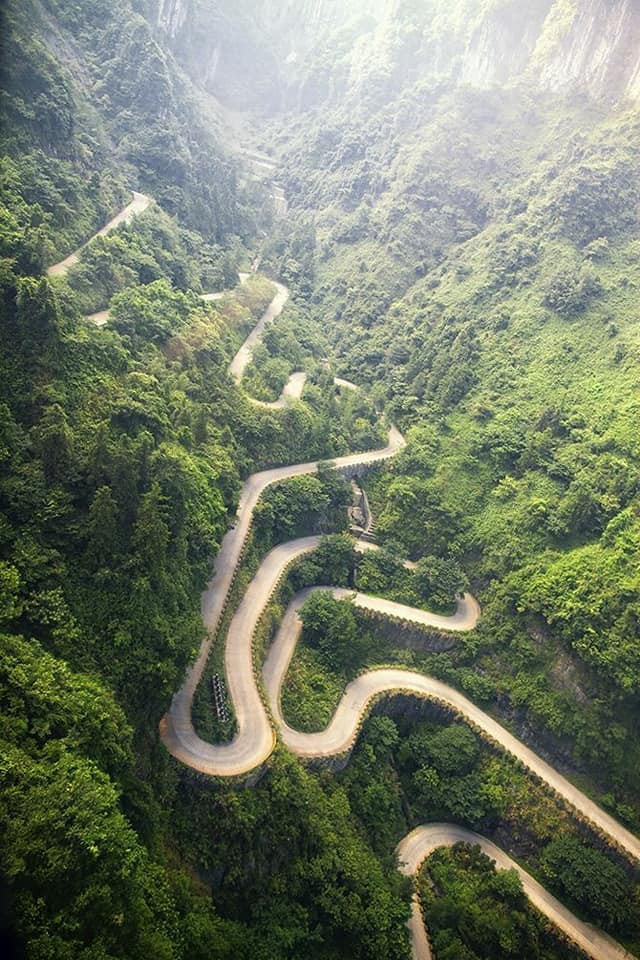 Tianmen mountain road, one of the most dangerous roads in the world … China

Located in the National Park Tianmen in Zhangjiajie, Hunan Province in northwest China, is considered one of the most dangerous roads in the world. The road is almost 12 kilometers long, full of bends and turns, with 99 so-called “infernal bends,” which lead to the top of the mountain where there is a known Tianmenska cave, known as Heavenly Gate.