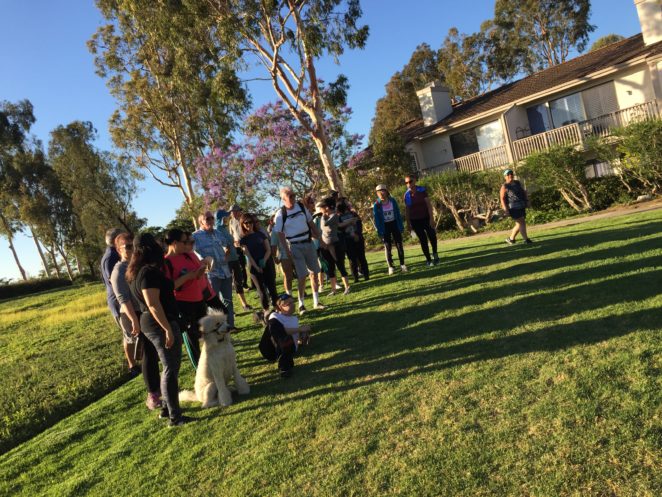 I had this dream recently, but I am not sure if it was Monday morning or during the weekend.

I had an interesting dream recently. I was at a park with a group of people, and we were walking around checking out someone training or playing with a shark on the grass. This shark seemed to have feet, and it was running around, like a wild animal, maybe playing with its owner, kind of like a pet dog. We wanted to get closer, but someone said to go there or the shark will chase you. We walked in that direction anyway, and the shark suddenly looked up at us, ignoring its trainer. It started running toward us, and we just walked back. But we suddenly stopped, and I just looked back at the shark. It just stood there, staring back at me with compassion, like there was some kind of connection and it wanted to be near me. It appeared that it knew me from somewhere.

A young man had two gold wedding bands. He decided to keep the one, putting it into his pants’ pocket, while he tossed the other one into the grass. The one he tossed away was very shiny. He kept the duller one. I just watched him, wondering why he threw that one on the ground. I looked in the direction of the tossed ring, trying to find where it had fallen, but I just stood there looking confused.

Shark means anger, hostility, and fierceness as well as greediness and unscrupulous. But the shark in the dream had calmed down because it had more compassion and love in its eyes. It seemed caring now, although it looked confused and sad.

The young man kept the dull ring, which indicates that the relationship was probably fake or cheap. He tosses the shiny gold ring into the grass, indicating the shiny ring was probably genuine and real, or there might be someone real, somewhere in the grass.

A group means merging of various aspects of one’s character and personality, maybe into one whole person, and I might be becoming more complete.

Park might indicate a temporary escape from reality, which has to do with a need for renewal, meditation, and spirituality. There might be a need to readjust before continuing.

Shiny, as in the gold shiny ring that was tossed into the grass, indicates my potential that has yet to be unleashed. What is the significance of this shiny ring? It might hold something important…Or, something might not be what it seems. Don’t be fooled by how things appear to be…