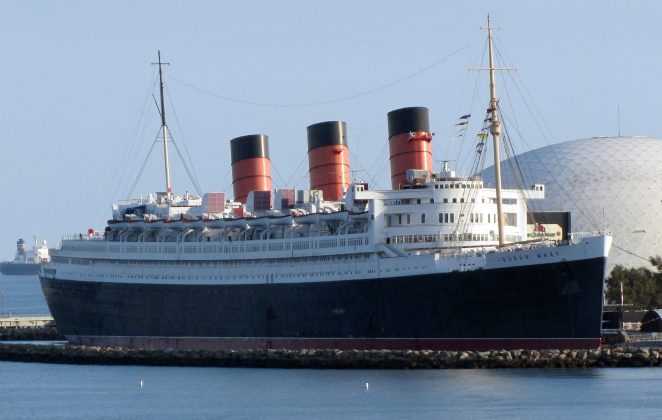 The Queen Mary was a luxury ocean liner in the 1930s. During wartime, it became a warship. Today the ship is docked in Long Beach, California and has been turned into a hotel. This historic floating hotel and museum is on the list of the most haunted places on earth. The ship has a 60-year history and has seen 49 deaths, not including the time it was a warship.

The engine room is the most haunted place onboard. It was in the engine room that an 18-year-old member of the crew was crushed to death by Door 13. A young man has been seen walking along the corridors and then suddenly disappearing behind doors. Guests aboard the ship have seen a little girl who once drowned in the second-class pool room at the time the ship still sailed the seas. The hotel offers guests ghost hunting adventures.