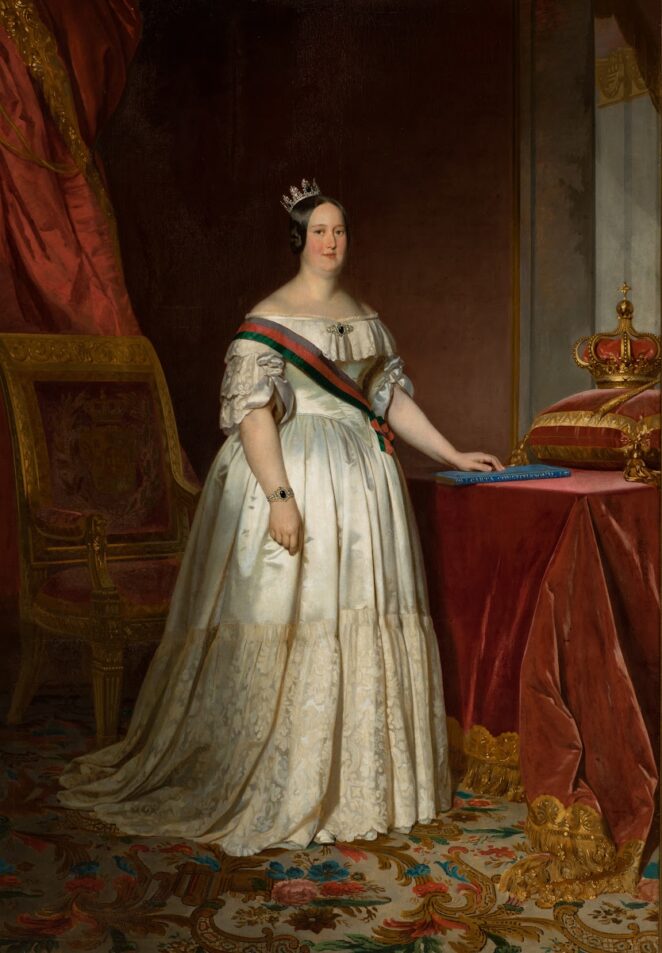 Most of the time when people who are rich or in high society start to lose their marbles they are said to be eccentric. However, apparently some of them were completely off their rockers. One such person was Queen Maria who was the Queen of Portugal.

She had a very fragile mentality and when her husband and soon after both her eldest son and only daughter died her mind could not take it. Queen Maria was a religious fanatic and she was convinced that she was going straight to hell.

She said she had visions of her dead father’s blackened corpse being tortured by demons. In her apartment, visitors found it very unpleasant that Maria would constantly scream and wail. As she descended into whatever madne4ss her tortured mind fixated on she started wearing children’s clothing.

Yet, despite her madness during the Napoleonic Wars Maria and her family relocated to Brazil where she lived for eight years and died at the ripe old age of 81. You would think that anyone who has gone insane would just languish however in Brazil she was admired and looked upon as a key figure in the independence of Brazil, She was referred to as La Lauca or Mad Queen in the country.