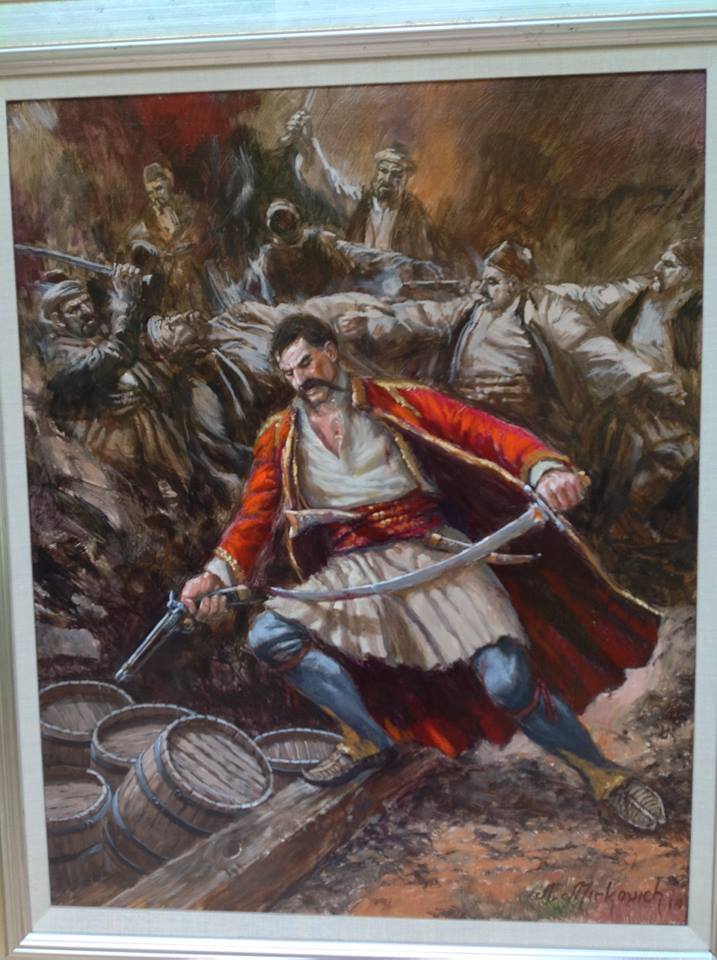 As of today the heroic killed Serbian Duke Stevan Sindjelic on CEGRA fighting Turaka.U Wednesday, at the Holy Trinity in 1809, of Čegar near Nis rebels commanded by the Duke Stevan Sindjelic. 3000 against Serbs fought even 70,000 Turks. In the last, most violent attack, the Turks brought up to break moat solver, there was a terrible massacre and, after help from other trenches not arrived, and the trench was left barely a hundred insurgents, Stevan Sindjelic solve that Turks inflict as many losses. The moment drew Kubura and ignite gunpowder in underground storage. There was a tremendous explosion and Čegarska battle remained in Serbian history as legendary. It has killed about 3,000 Serbs and 10,000 Turks. From the head of the disappeared Serbs, Turks, in retaliation, the village built a Niche They want the tower, which is a unique monument in the world.