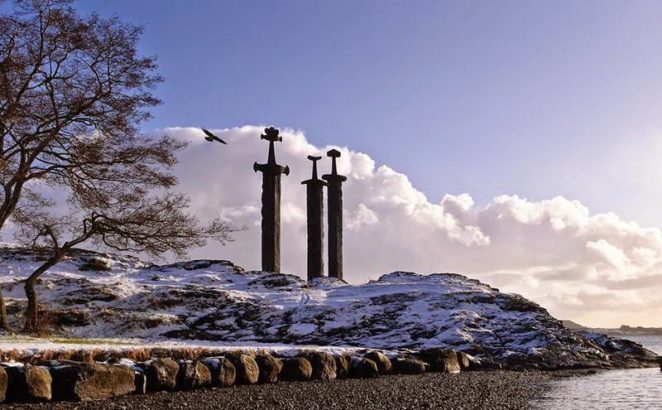 Sverd and Fjell or swords in the rock, three swords monument is one of the most spectacular and most imposing monuments. This monument was created by sculptor Fritz Røed, a king Olav discovered in 1983. Three giant Viking sword height of 10 meters, pinned in harder rock Norwegian region Møllebukta, Stavanger, in honor of the battle 872 years, united under the command of Norway Harald and Hårfagre. Thus began one of the golden age of Scandinavian countries. The monument represents peace, unity and freedom.