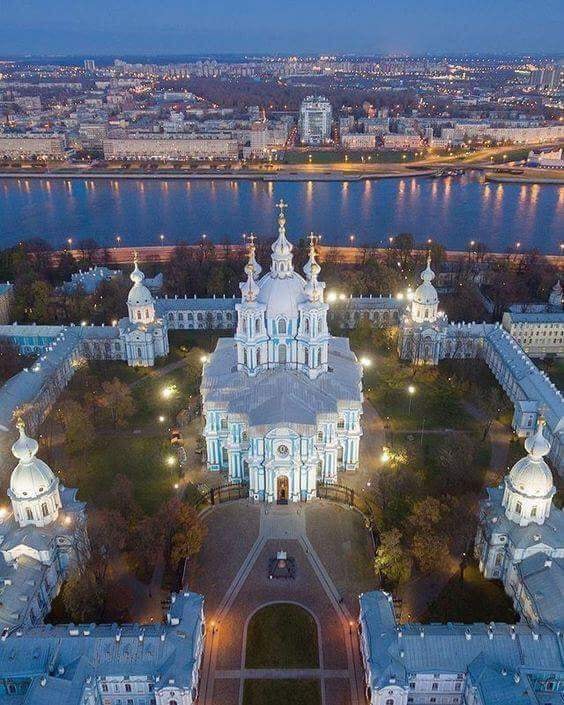 Smolny Institute was originally founded as a monastery complex in St. Petersburg, but never exercised this function. The monastery is open to the first Russian high educational institution for girls. The monastery was raised Empress Elizabeth I as a nursing home according to the project of Italian architect Bartolomeo Rastrelija. Elizabeth died before the completion of construction. Katarina II is here opened a high school for girls, but he continued to build the complex. The monastery was completed in 1835 by architect Vasily Stasov. After the October Revolution became the seat of the CPSU Leningrad. Today the building housed the city government of St. Petersburg.