John had been placed in palliative care, as he was given no chance to survive his latest bout of kidney failure. He was given a week to live, at most.

John’s immediate family had been told that after two to three days, John would lapse into a coma, and that he would not wake up again from that, after that.

On the other side of this life, John’s guardian angel, was busy preparing for John’s coming exit from the world.

Gudgeon, (John’s guardian angel) was rushing around trying to find and to locate some of John’s already passed over relatives.

Usually, it is some of your recent relatives that will meet you at this time, when you die.

The first soul that Gudgeon approached was, of course, John’s father.

His father, let’s call him Paul, said to the angel,

“Well, John and I never really got on in life down there on the Earth. We never ever saw eye to eye. I am sure that he would not like to see me now. No, I will not be there, besides I am too busy preparing here for my next concert here.”

Paul, it seemed, was a choirmaster there, as he had been in his last life on Earth too.

The next soul that the angel approached then was John’s sister, Kate.

Kate told Gudgeon that she had always been a bit estranged from John, having been so much older than him, and so she told the angel that she would not like to be there either. (Actually, she could not have been more than 5 years older than John, at most, but she always had pretended to be so.)

Gudgeon then approached the grandparents, and an old Uncle of John’s too. None of them would agree to be there at the time when John’s spirit was to rejoin his soul in this after-world place, where they all were now.

It all sort of reminded Gudgeon of the parable that Jesus Christ had once told about the great banquet, where all of the guests who had been invited to it, didn’t come.

When the host’s servant went around to check for certain which ones had accepted the invitations, every-one of them, who had been invited, had come up with an excuse of some sort, to excuse themselves from attending the dinner party.

(This parable is told in the Christian Bible in Saint Luke’s gospel, chapter 14, verse 15 to 24).

So Gudgeon sat down, and he scratched his old head a bit now.

What was he to do now?

Of course, he himself would be there, but who else?

And so it came to pass, that John finally died.

Sure enough, as John’s spirit now went to reconnect to his soul, on the other side of life, Gudgeon was there, but the only companion/compatriot of John’s that was also there to meet him now, was his pet dog, Abbey.

Only our dogs are so faithful, and loving, both in life, and afterwards too. 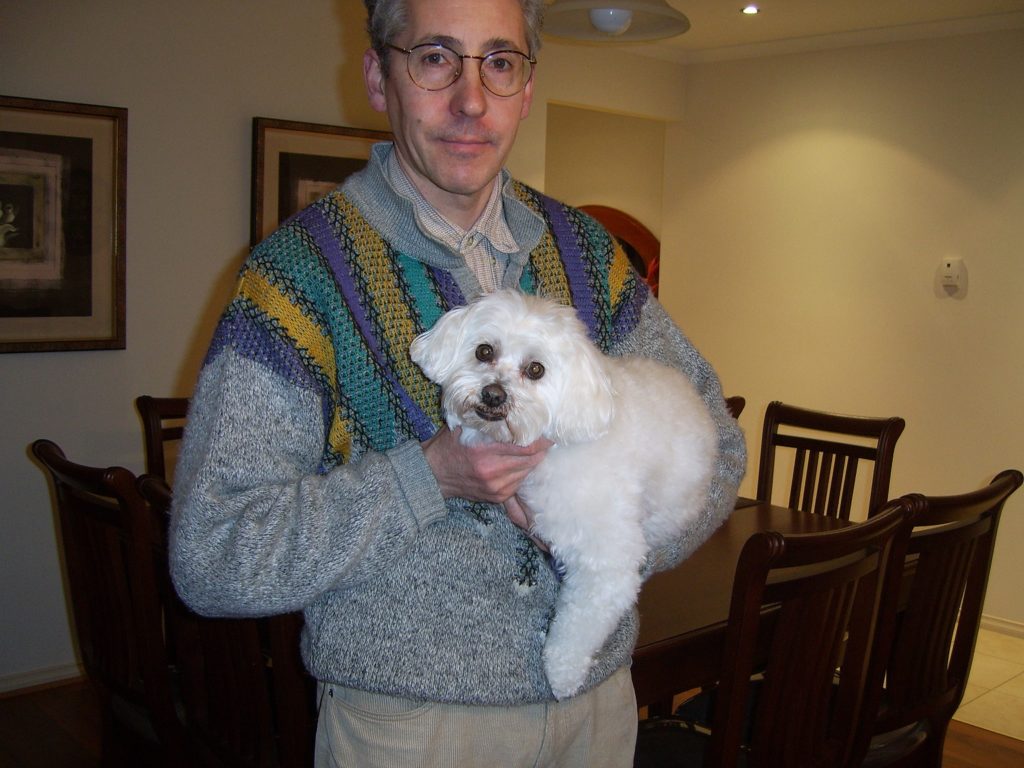 (John and his dog Abbey, who were always inseparable friends, in real life.)

Love to be real must be actioned by you, and not just spoken in words.

Dogs always love you in this way, and we can all take a lesson from them in this.

The photos used in this article belong to the author of this piece.