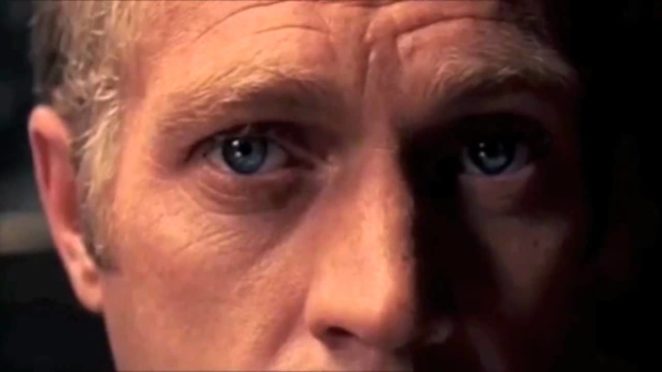 The Original Thomas Crown Affair story is about a bored millionaire Thomas Crown, played by the late Steve McQueen, who plans and executes a brilliant bank robbery and to get it done without having to do any of the work himself. Vicki Anderson played by Faye Dunaway, who is an investigator for the bank’s insurance company, takes an interest in Thomas, and the two begin a tantalizing and complex game of cat-and-mouse with scorching romantic undertones. In his attempt to decipher Anderson’s agenda, Crown devices another robbery, emulating the first one, wondering if he can get away with the same crime again.

While the movie plot was only slightly better than mediocre, it did receive two Academy nominations and won an award for a best original song, this provocative chess-game scene between Steve and Fay from the movie and featured in the video below is one of my all-time sexiest movie scenes. The original soundtrack was sung by Noel Harrison but I find this version of “The Windmills of Your Mind” by Neil Diamond, infinitely more complimentary.